The shine wore off at an island along the Mexican Rivera. It was supposed to be paradise, and maybe it was, but while I was there it was nothing but flooded roads and marauding mosquitoes descending in blood-seeking clouds. Not that it mattered; I was in bed, laid up with a mystery ailment that left me vacillating between lethargic and painfully tired. And worse was the worry. I had hit Mexico like a firecracker. Latin America was everything that I wanted it to be. But since that initial burst my sense of wonder had been dripping away. I wasn’t floating the way I usually float. I was forcing it—making a chore out of something extraordinary. I knew that I needed to stop the leak but I didn’t know how, and anyway I was tired.

Diagnosing the physical part was easy. I was dehydrated. I consulted Doctor Google and as usual the results were terrifying. Since I was reasonably sure that I didn’t have the Black Plague or a brain liquefying disease predominantly effecting African lemurs, dehydration seemed to make the most sense. In fact it seemed stupidly obvious once I added up the sun, the sweat and the liquid state of my stomach. And I must have had it bad because it wasn’t as simple as a bottle of Pedialyte and all is well. It took time. 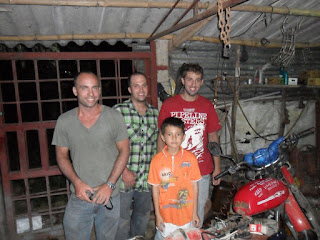 While I was happy to have the physical diagnosed, I still had that leaking sense of wonder to worry about. My next stop was Colombia, where I was set to hike through the jungle to the fabled Lost City with Blake and Shane, my travel brothers. The three of us had ridden motorcycles half the length of Vietnam. Blake and I had hiked to the Base Camp of Mount Everest. I should have been jacked about this coming adventure. And instead I was having a hell of a time burying the annoyance of having my travel plans altered. Colombia was supposed to be months away. I was supposed to explore Central America first. Right there I should have known; the moment I found myself being rigid about travel when I know full well that travel is about reveling in the unexpected, I should have admitted the source of the leak, but I didn’t, I couldn’t, not without a little help from my friends.

I left my hotel at 11am on a Thursday intermittently chugging water and electrolytes. My flight wasn’t until 7pm that night, and I was in such bad shape that chilling at the airport seemed more inviting than a day at the beach. That first flight only went as far as Mexico City where I spent the night lying on a bench with armrests crossing my chest like coffin ribs trying to sleep through a predominantly Katy Perry soundtrack. Oh and my bad knee was starting to swell up. Not good. The next morning I caught a connecting flight to Bogota, went straight to the bus station and took a 20-hour bus ride to Santa Marta, where the Lost City trek was set to begin. By the time I reached my hostel the only liquid in my body had accumulated in my left knee. I was exhausted, anxious about my off balance brain, and afraid that I might not be able to do the trek at all. Yes, it was an unpleasant stretch. Yes, I was being an angst-ridden little suck-ass. Fortunately, this was the low point.

The boys had come straight from 9-5 America and they were walking a high-wire—hyped up the way I should have been. Seeing their excitement, feeling it, was like watching a little kid laughing at something simple. And I mean really laughing; tears in the eyes, hyperventilating, uncontrollably floored by the moment. You see that and you don’t think, “What is that kid laughing about?” you think, “What the hell is wrong with me? When did I lose that?” I’m not saying my boys are giggling children, they are grown ass men. But, they had the joy, pure and innocent and exactly right. And I was being such a fucking adult. 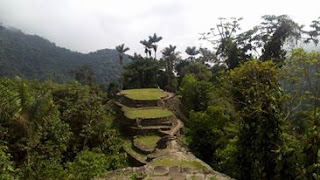 The swelling in my knee had gone down enough. My stomach was…it had been worse. We ventured into the Colombian wilds and I felt the garbage in my head crinkling and burning at the edges. The Lost City trek is an adventure, a 44km roundtrip journey through steep jungle foliage to the ruins of a city that purportedly predates Machu Picchu by 650 years. It was “rediscovered” by grave robbers in 1972 and didn’t remain a secret long. When gold figurines and other priceless treasure began hitting the black market authorities got wise. The ancient history of the site is fascinating and so is its more recent history. The latter half of the twentieth century was a time of unprecedented violence in Colombia. Most people blame the drug trade and that certainly played a role, but the source of the violence began with a political divide that became irrevocably severed following the murder of a popular presidential candidate in the late 1940’s. FARC and the other scary names you know can all be traced to that moment. The area we hiked through was once a war zone between rival guerrilla armies and a hub of the cocaine trade. Our guide like everyone else he knew was formerly employed by the drug cartels. When the government cracked down they gave the local people a choice; give up the drug trade and work to build tourism or go to jail. The setting was so beautiful and the people were so peaceful, it was difficult reconcile that a walk through Kabul today would be less dangerous than the path we walked had been not so long ago. 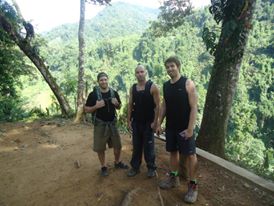 Over the course of the trek, Blake and Shane helped me get my wonder back. We didn’t have a jungle chat-session. They didn’t tell me everything was going to be alright. I didn’t tell them anything was wrong. That isn’t the guy way. They were excited about what lay ahead and we talked about possible adventures and possible paths. Shane had already traveled South America and had some great stories to tell. These things helped, but they weren’t the salve. The strongest friendships (for guys anyway) level you off. They give you the comfort of being known and they are an unspoken reminder that you ain’t shit. No matter what your current self-view may be in the presence of good friends you see yourself as they do. You see yourself trimmed down to the truth, plain and simple, and you come up, or down, to where you ought to be.

By the end of the trek I was wound up and ready to blaze across the continent. But, I hadn’t entirely stopped the leak. I knew where it was, I knew what it was, I had known all along, but I wanted to believe that I was too strong to be felled by that. I needed a final kick and my old roommate Josie provided it. 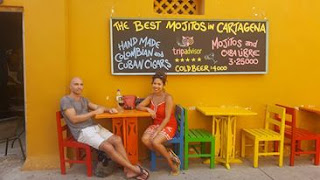 Josie and I lived together in Redondo Beach during the height of my run in the South Bay. She is an old friend of the no bullshit variety. She met me in Cartagena and we came to a simple travel compromise; she would stay in cheap ass hostels if I agreed to occasionally eat somewhere other than cheap ass restaurants. We did Cartagena, white sand beaches, Medellin, mountain lakes and Bogota (or Ba-go-da as she likes to call it.) We had a damn good time and there are plenty of stories to tell, but only one that fits this solipsistic little ditty. 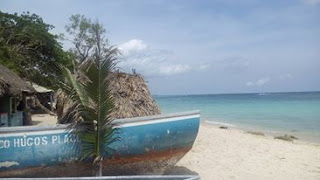 Josie and I were on a perfect white sand beach lined with palm frond shacks, no WIFI, electricity limited to generators; away from it all. We were lounging in beanbag chairs which in my opinion are only slightly below hammocks in the chillout hierarchy. A breeze had begun to stir and the sun was sinking toward the horizon. Rum drinks hidden in coconuts were having lethal effects. I don’t know if Josie was thinking about anything at all, but I was thinking about business. I was wondering how much it would cost to purchase or lease one of the shacks. I was wondering how long it would be before infrastructure arrived. I was designing and plotting. I said, “I needed this. This is exactly what I’m looking for. Maybe this will be the spot, maybe not. But, it makes it easier now, having confirmation that it’s out there.” 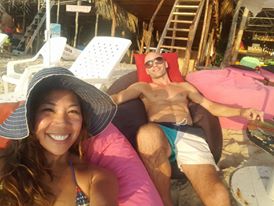 You should have seen the look on her face. The pity that I of all people just wasn't getting it. As only good friends can she trimmed me down to the truth. The last of my bullshit fell away and the wisdom of retrospect hit quickly; immediately my resistance felt foreign and difficult to believe. Josie resumed her chill and signaled for another round. I snuggled into that beanbag chair and held on because I was floating again; two months in and I was finally ready to do this thing right.


My friends fixed what I was too proud to admit—that I had come to Latin America with fight in my heart. I talked about this trip being a unique blend of travel and opportunity. I talked about reveling in my present and letting that dictate my future. I said what I wanted to be true. But I allowed the future to sit heavy on the present. Pride, ego, an uneasy transition; I was scuffed up, pretending to be clean. I was reaching over myself and this amazing present grasping at a future that has yet to reveal itself. Like I said good friends are great levelers. Maybe I would have eventually gotten out of my own way, maybe not, it doesn’t matter now. My friends joined me on the journey and they reminded me to be me. And I am. Once again I am wandering with wonder, calm, content and utterly confident that what I want is out there waiting...and that it can wait a little longer.
Posted by MBabroad at 5:48 AM