I found Lake Toba in a weighty Lonely Planet guidebook: South East Asia on a Shoestring. This was years ago, when MB Abroad was just a baby blog, and I was still dog-earring pages and planning too far ahead.  I never made it to Lake Toba, or anywhere else in Sumatra. I had planned to finish my first long backpacking trip there, but I grew weary of the road and turned farther north into Thailand to spend a few days on the beach before reporting to Surat Thani. 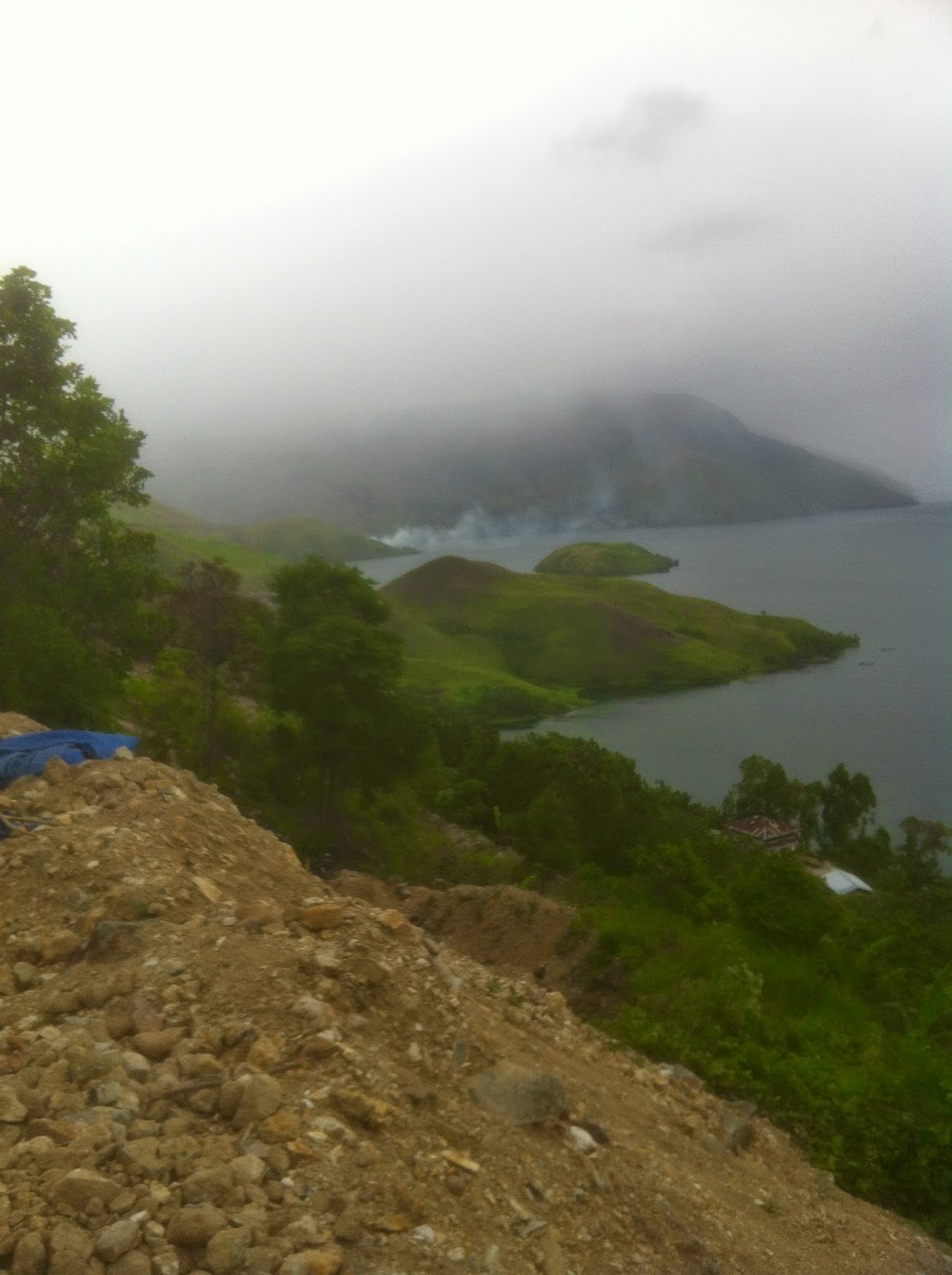 Sumatra has remained an unscratched itch and it was the first place I aimed after recouping my sense of normal in Koh Samui and Koh Tao. I’m at Lake Toba now and it’s pretty spectacular. 75,000 years ago the supervolcano across from me roared in all its immensity plunging the world into volcanic winter and raining ash as far away as the East Coast of Africa. It was the largest eruption in the last 25 million years. Over the millennia water has collected in the gullet of the beast forming a massive volcanic lake with an island the size of Singapore at its center. My bungalow is on that island, in a town called Tuk Tuk. It looks like a piece of Hawaii bobbing in fresh water. The mountains are green and the buildings are bright. Pure white Egrets seem to pass in perpetuity. It is a paradise forgotten.
Twenty years ago Lake Toba was a fixture on the backpacker trail. The remnants of that era are all around and fading away; tour boats are tethered and empty, ghost town guesthouses dot the shoreline, long unasked for services are still advertised on chipped-paint signs. As a California native it reminds me of Route 66 and all those towns lost to the reroute of the superhighways. 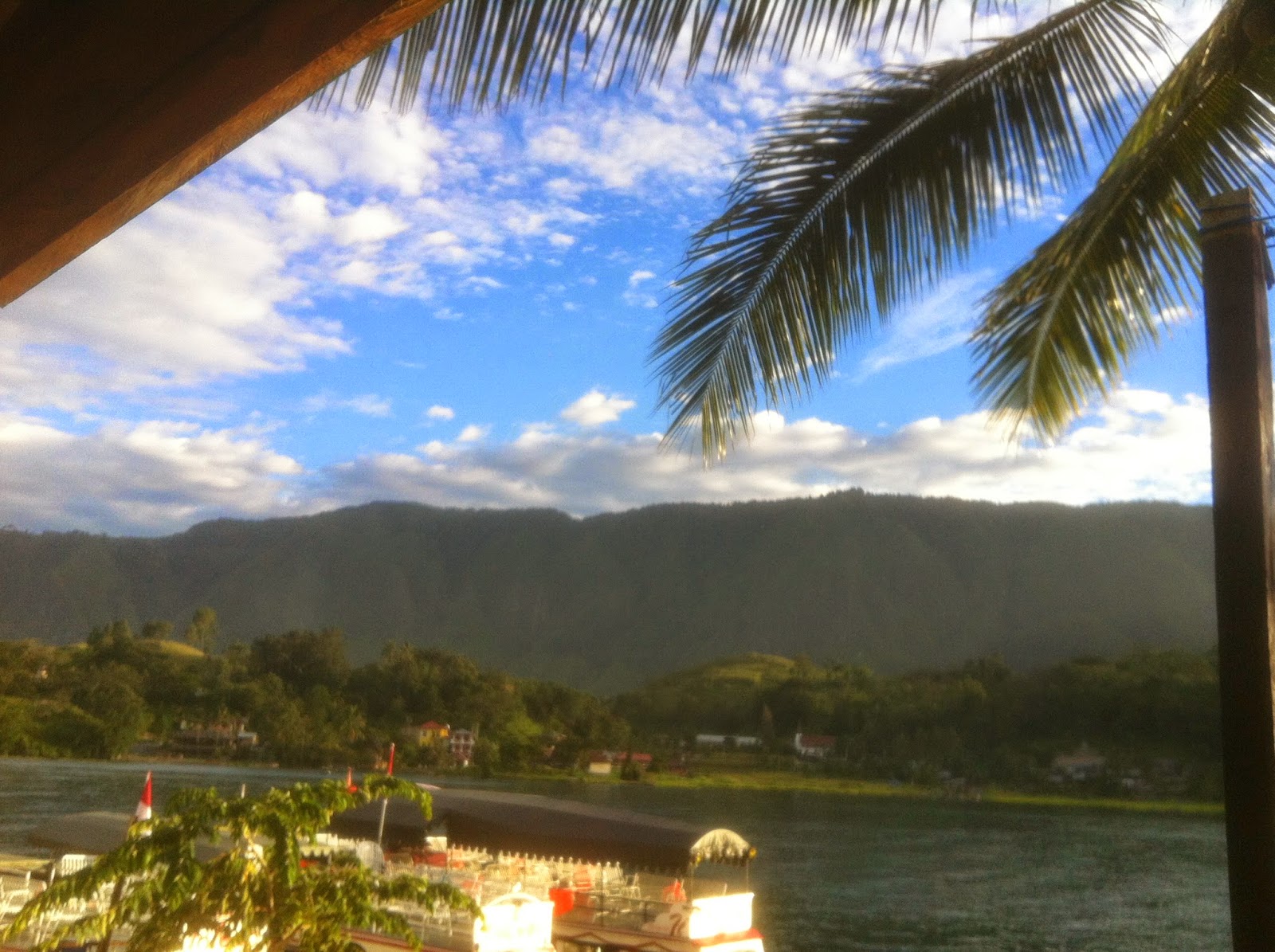 I have this theory that budget airlines like Air Asia are to blame. They created new superhighways over Sumatra and Java, giving tourists a cheap hop from Bangkok to Bali. Why deal with all the bad bus rides when you can do a quick roundtrip; surf, party and pick-up a Bintang tank top to prove you were there? I laid this theory on Roy, my fixer here in Lake Toba and he just shrugged. He said it might be that and then added that the terrorism threats of the past hadn’t helped either. In any case he didn’t seem all that bothered. Roy is a good business man, he gets the tourism trade. It bothered me that he didn’t seem bothered. But, Roy is also Indonesian, and from what I have observed so far that means that his contentment comes from family and simple life pleasures, not the pitter-patter of backpackers carrying dog-eared guidebooks.

I can never rest when I first arrive, so I checked into my bungalow, threw my bag down and set to wandering. I trudged up a dirt hill not knowing where it led. A silver SUV drove past and a woman in an orange shirt and big shades hung out the window shouting hello. I smiled and hello’ed in return. When I got to the top of the hill the SUV was waiting for me. The woman in the big shades asked if I wanted to join them, so I peeked inside to see who them was. Momma was at the wheel and her teenage daughter waved shyly from the backseat. Her brother sat beside her and gave me a head nod looking more unsure than he intended. And from the way back a four year old giggle-box came bounding across the seats wanting to lay hands on her new toy. The woman in orange was Auntie, and Auntie wanted to flirt, so Auntie put her teenage niece on the spot: “Come with us! She wants to practice her English with you!”

I hopped in with no fear of strangers and enjoyed the ride over pothole heavy roads. They took me to lunch; grilled pork with rice. We ate with our fingers and when we finished they insisted on paying. Auntie and her niece tried to teach me local phrases and asked me about America and wondered why I had chosen Indonesia.

After lunch we walked through a market that led to a museum and the tomb of a Batak king. Auntie knew all the vendors. She playfully told them that I was her boyfriend and I playfully played along. Meanwhile her niece did an admirable job of explaining Batak culture, and like the teenage girl she is, blushed after every wisdom proclaiming that she didn’t know anything.

My unexpected tour guides wanted to continue exploring the island, but naptime was pulling me down, so we headed back to my guesthouse. Along the way they asked me to translate a pop song on the radio, so I happily explained that Beyonce was saying, “Halo halo halo” not “hello hello hello” and then elaborated on what that was all about. They cooed and clapped over the romance of it all, and told me how much they love, love, love the diva queen. Then they changed the song and asked me to do it again. When they dropped me off we thanked each other profusely. They didn’t want anything from me other than the pleasant company of a stranger. Though it seemed it at the time, their kindness was not extraordinary. From the school kids surrounding me like paparazzi to the lady selling fried bananas, nearly every Indonesian I’ve met has been curious and guard-droppingly kind. 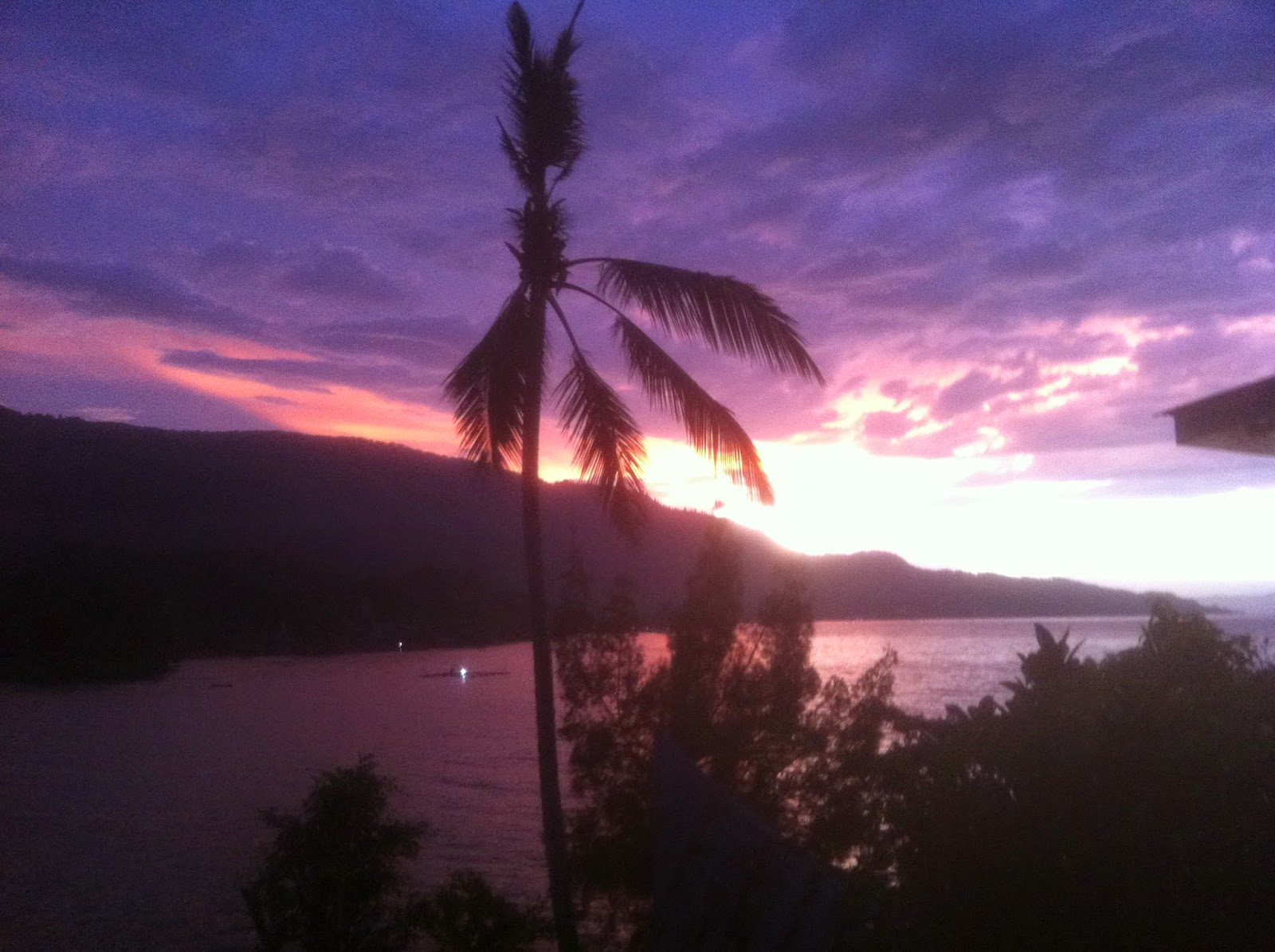 Lake Toba isn’t a do stuff destination, it’s where you learn to slow down. I’ve floated in the lake and done laundry in a bucket. I’ve drunk Bintang and read for hours. I’ve gotten intoxicatingly full on tea and omelets and sunk into a chair while the view beyond my balcony became a movie theatre in full fantasia.

My time here has been slow-motion grand, but its lasting impression will be one of rediscovery. I was hanging with some dudes from Canada, enjoying fantasia’s fade, when we arrived at a familiar travelers lament: there are no undiscovered places. In my opinion this is a load of crap. There are no undiscovered continents sure, but there are undiscovered places. And those places aren’t far from the tourist trail that runs across every map. It isn’t difficult to find undiscovered places, but it can be difficult to be there; the language barrier is steep, basic services are often absent, loneliness is near. Only experienced travelers ever wander into the undiscovered because it takes experience to handle those places. Lake Toba is somewhere in the middle. It feels undiscovered but the remains of tourism are there to remind you that it’s not. You can go a whole day without seeing another tourist, but you can check email and pay someone to do your laundry too. It is a secret exposed but charmingly so. 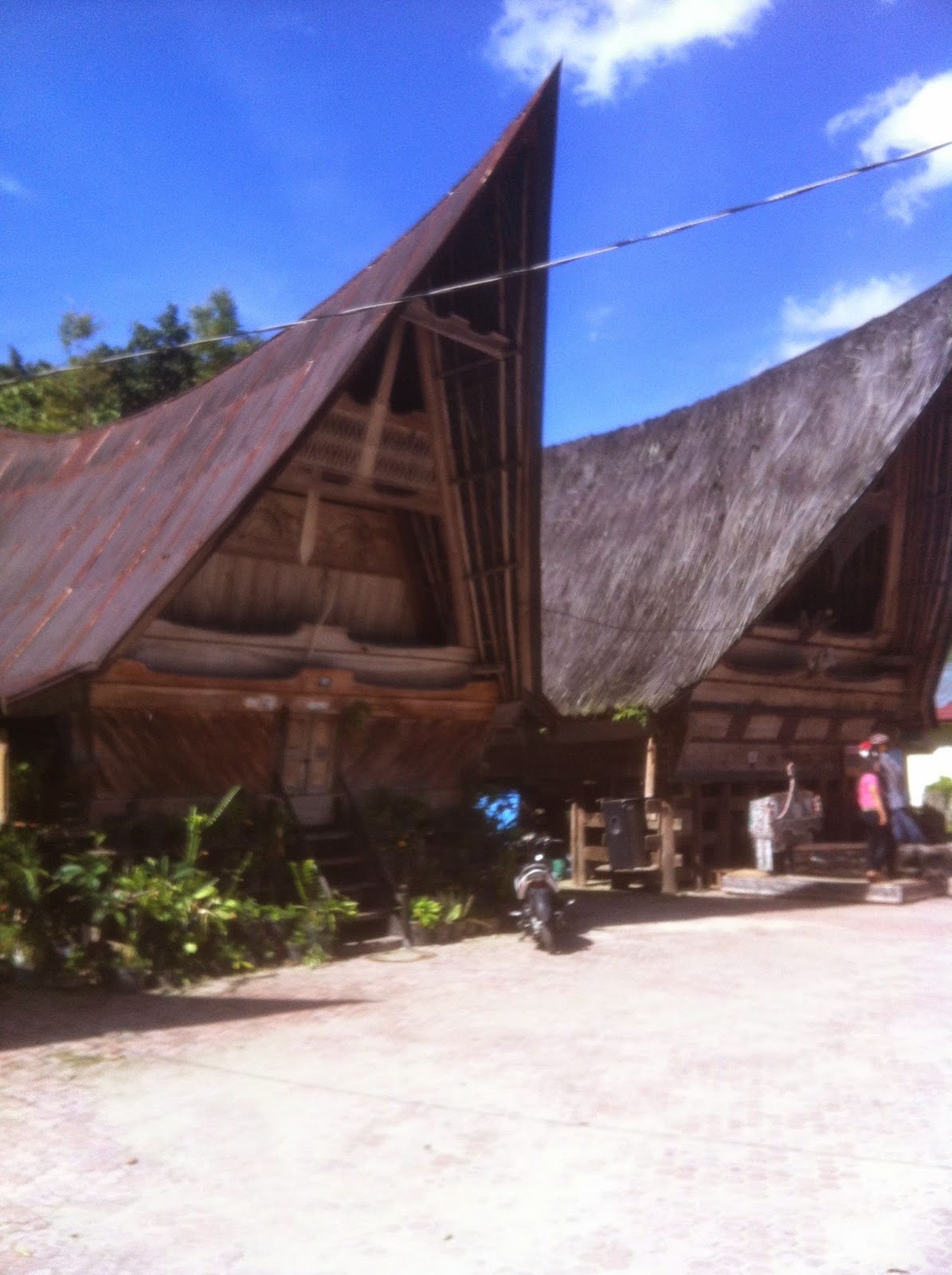 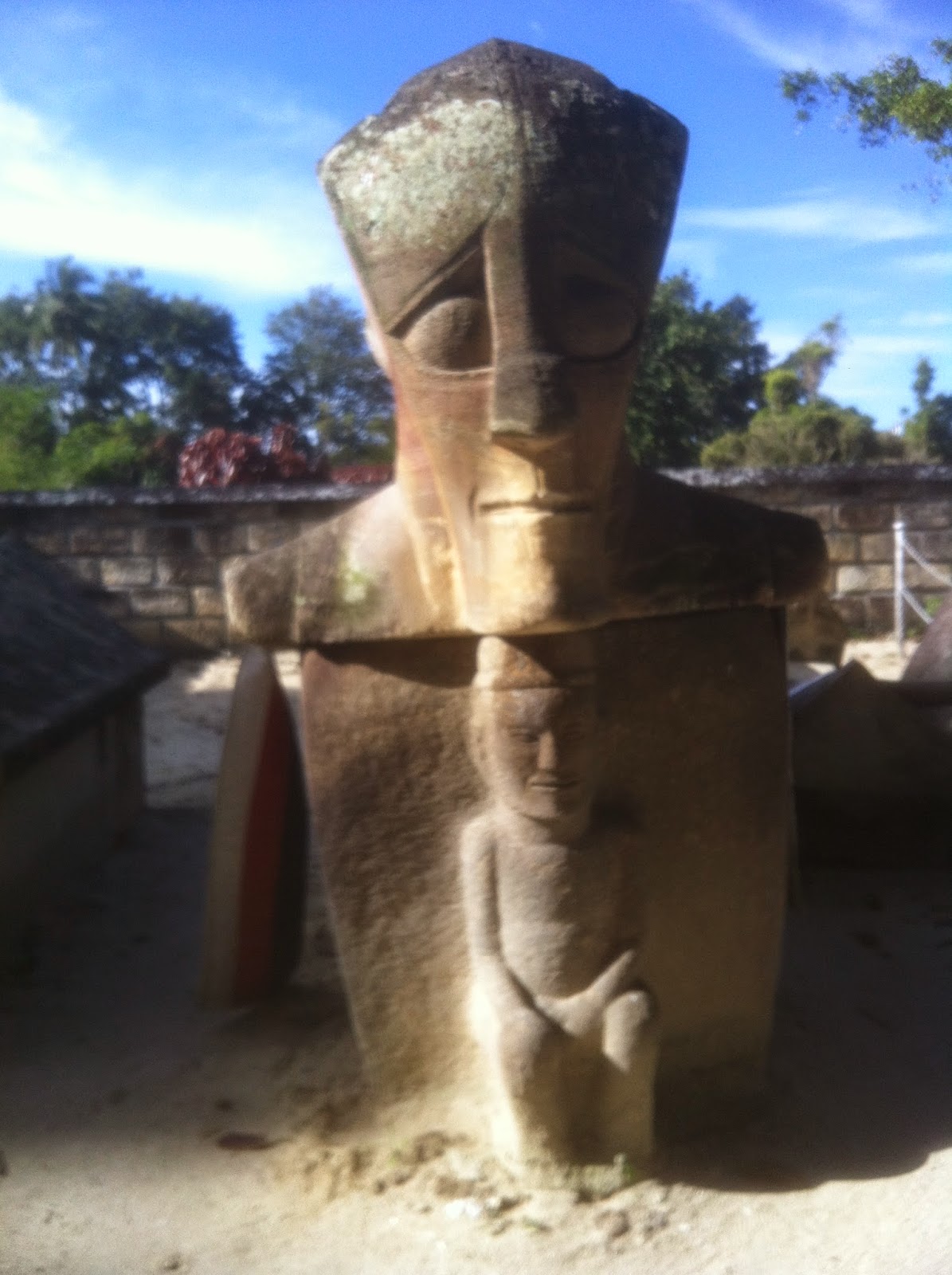 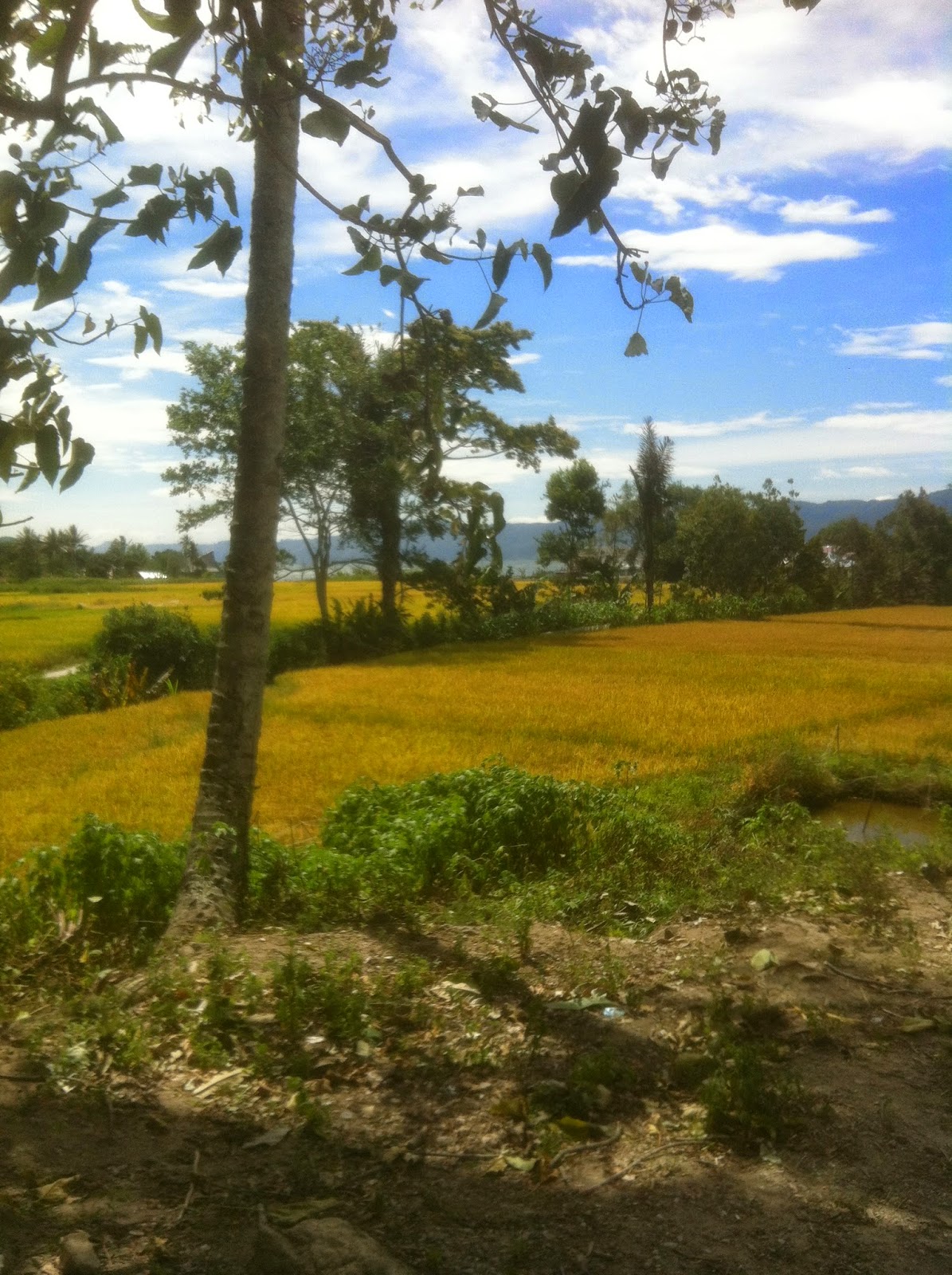