Guess Who Got the F--- Outta Dodge!

Imagine a toy car pulled back until its little plastic wheels are ready to snap off.

That was me after close to three months locked inside Saudi Arabia.

Now imagine that toy car slamming into a wall, BANG, BANG, BANG, until its little wheels burn out all they’ve got.

That was me slamming into the island nation of Bahrain.

It had to be done. 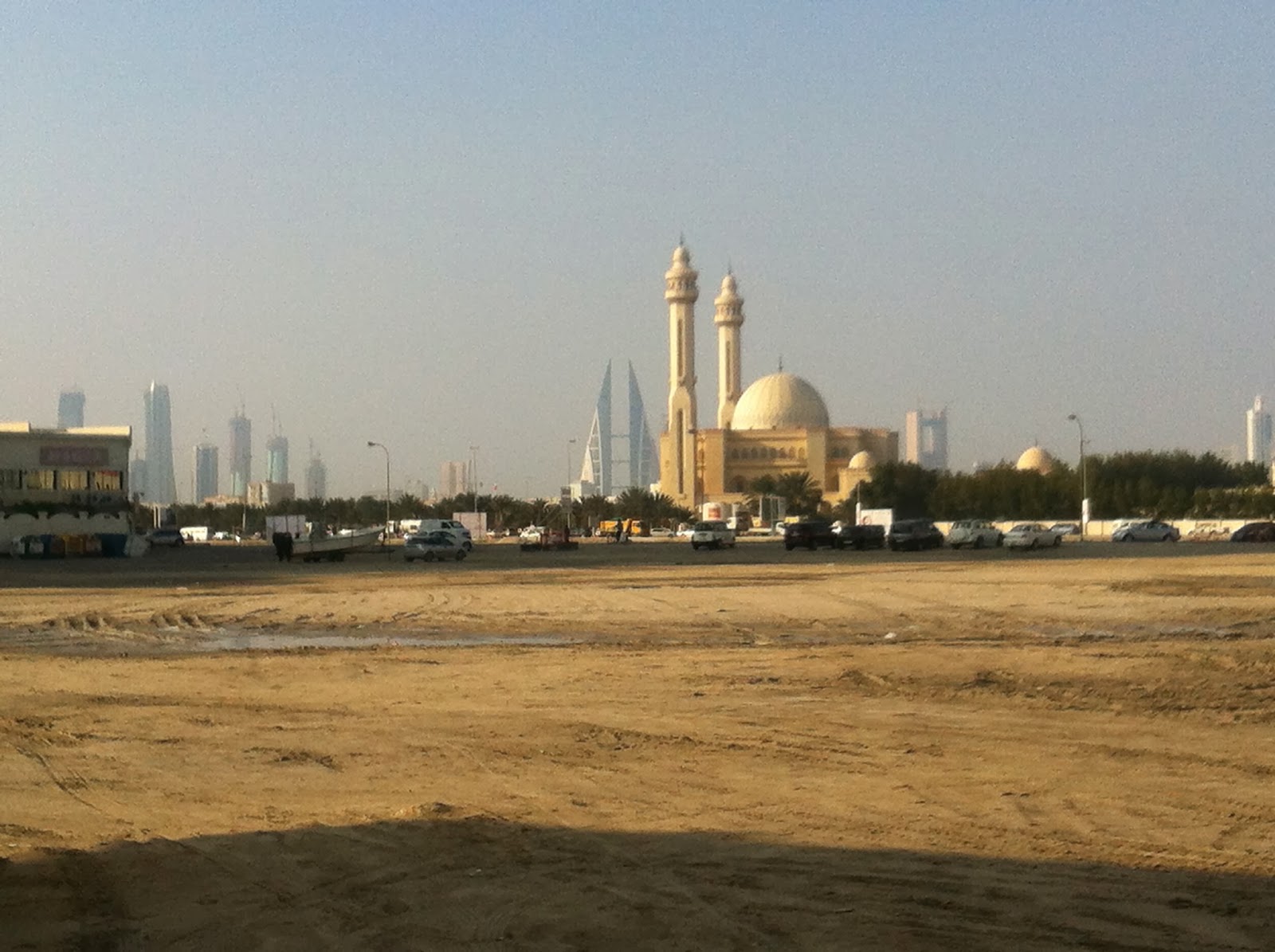 Walking across a dusty lot, away from the last few beers, I felt used-up myself. I was with several co-workers and a dozen more were waiting in the hotel lobby, bored and disgruntled. We hadn’t come to Bahrain on purpose; it was a company requirement to renew our visas. We wanted our passports back and we wanted to start our real vacations.

My vacation was in Qatar. Qatar is a called a country, but that is a stretch. It is more of a city-state. Something like ninety-percent of the population lives in the capital city of Doha. The rest of the country is desert hinterlands and not much of it. If you look at a map of Saudi Arabia, Qatar is the pinky-nail peninsula halfway down the East Coast. It probably would have been swallowed up by King Ibn Saud 100 years ago when he was leading a camel charge to unite the tribes of the Arabian peninsula—but “luckily” it was a British protectorate—an important shipping port for the Queen’s men. Did you know that Great Britain has invaded or occupied all but 22 of the world’s 200 or so countries? Nasty teetotalers.

The Qatari’s have a lot of money to spend. Discovery of the world’s largest natural gas deposit has led to the highest per capita income in the world. And the Emir is investing billions to transform Doha into an international city—a Middle East metropolis to rival Dubai. I hope that doesn’t happen. Right now Doha is very manageable. It’s on the water. It’s clean. The architecture is fantastic. In my opinion the Qataris should cap it now. But it is too late for that. The World Cup is coming. Cranes litter the city. In a decade the Doha I’ve seen will be the center and skyscrapers will ripple out filling the desert.

I wasn’t expecting to be awestruck by Qatar. I was expecting to unwind someplace pleasant and I got that. Qatar is one of those places I probably wouldn’t have visited if I didn’t live in the region. It’s a weekend getaway.
The trip was Will (The Captain) and Leah’s idea. I was tagging along. I expected our trip to be about culture and calm and that’s what I got. It was a perfect antithesis to Bahrain. We checked into a cheap hotel with a poor reputation and I can understand why. My room overlooked a shanty town and a freaky ass tree that surely had a hanging or two in its past. Added to which the shower door didn’t close, I found hair (not mine) on the bed, the WIFI was suspect and the hallways were loud. It was still nicer than my usual accommodation. I’m used funky smelling dorms with a dozen bunk beds, snorers, farters and not so silent humpers. This was swank by MBabroad standards.
BTW…Will and Leah’s room was much nicer and had a beautiful view of the bay. Typical married people bias. 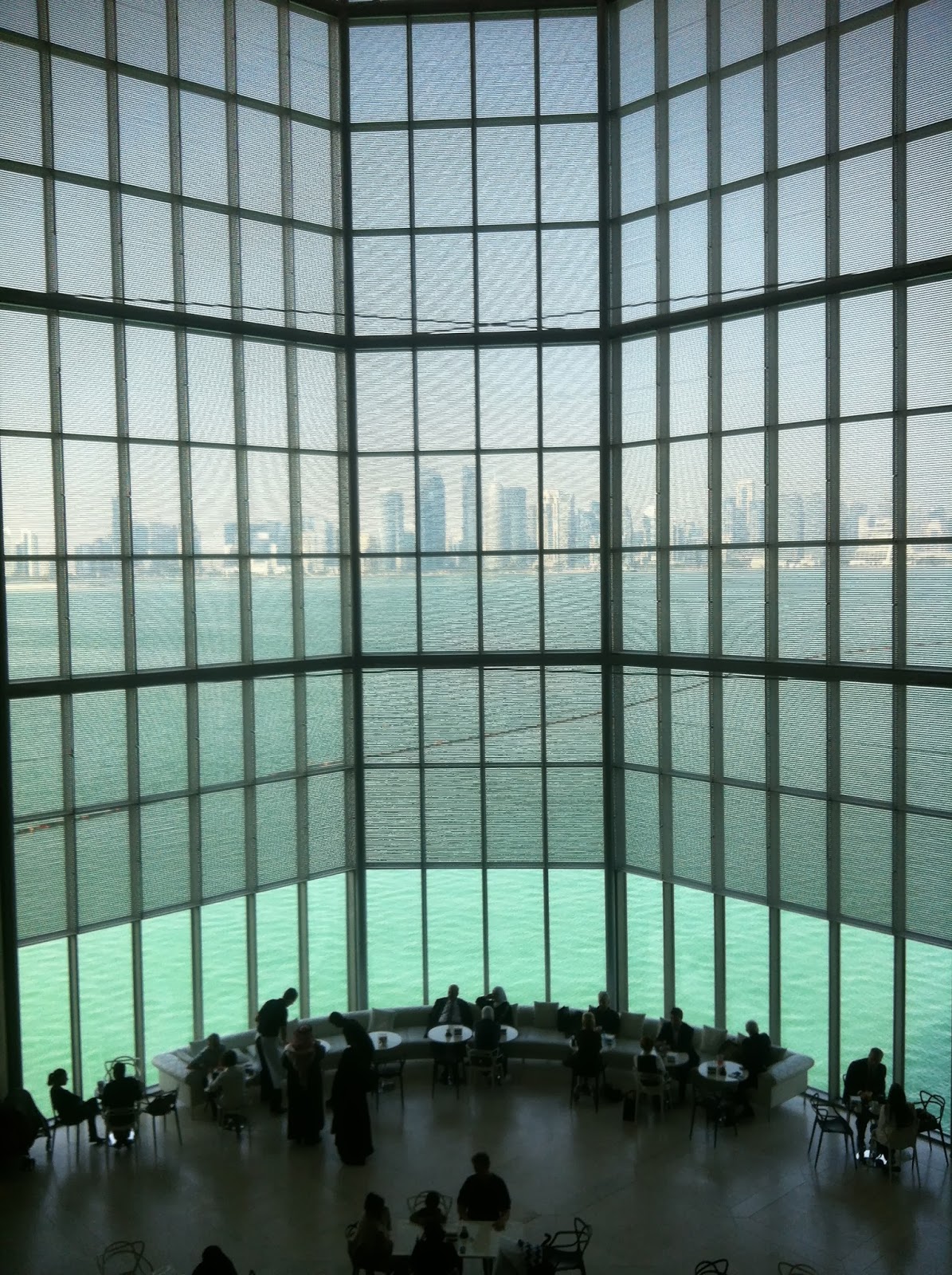 We rented a black boxy Skoda. Skoda is a Czech automotive brand and the last thing I expected to find in Qatar. Our first destination was the Museum of Islamic Art. I’ve been to a few museums where I thought the greatest work of art was the building itself. This was one of those times. The collection is ok. The building is amazing; modern and elegant with a wall of windows that overlook the bay and the skyline beyond. It’s impressive.

Afterwards we walked across the parking lot to the Museum of Modern Art. That building looks like a six-year old girl’s birthday cake. And the collection is equally impressive. To be fair I don’t get most modern art. Every information tag in the museum included the artist’s explanation of what the piece meant. If art can’t explain itself it’s not art. The artist on display was Damien Hirst, a famous dude in explaino-art circles. I will admit that I liked a few of the pieces, but most of it was shit like this: 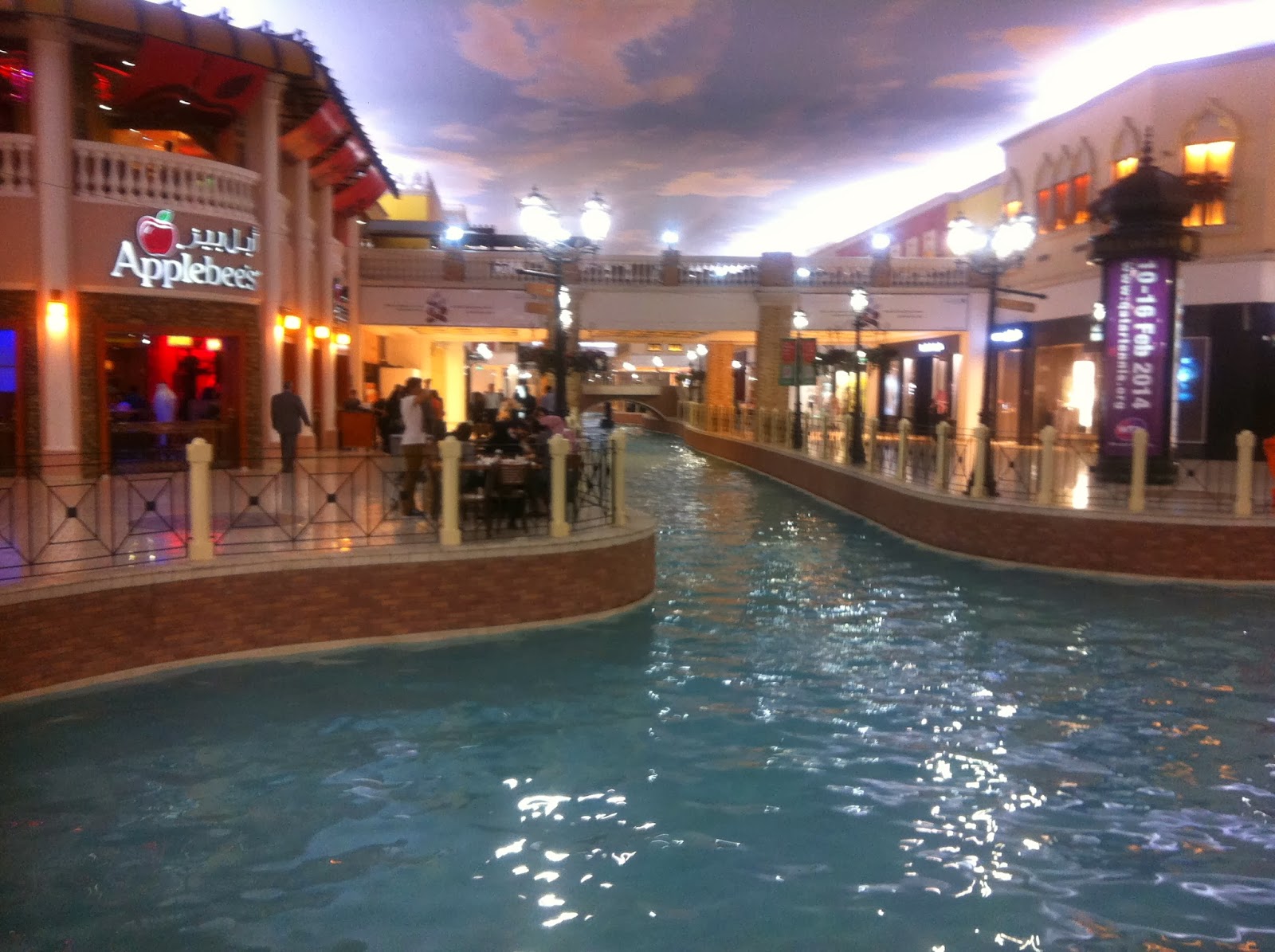 Our next destination was the mall. Why? Because, I forgot to pack underwear. My passport looks like a novel written in crayon and I forgot to pack underwear. I blame Bahrain. The mall is called The Vellagio. The ceiling is painted like a cloudy blue sky and gondoliers usher shoppers down a chlorine canal. Italy has a city called Venice. Las Vegas has a casino called Bellagio. Doha has a mall called V-ellagio. Get it? I understand if you don’t, it’s quite subtle. At least the underwear were cheap.

That evening Will and I ran five-miles to the end of the Corniche and back. On purpose. In Bahrain I wouldn’t have done that if immigration officers were chasing me with a fishing net. 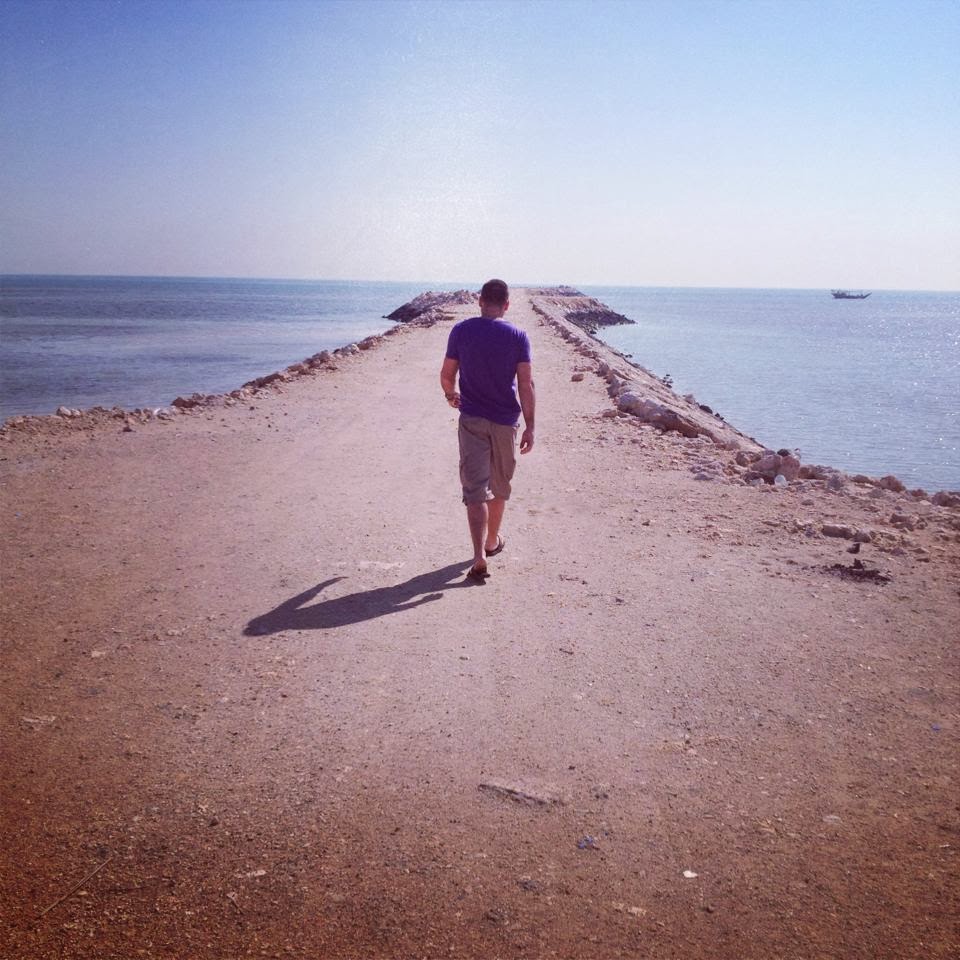 Purple Island sounded cool. A low lying formation of Mangrove trees, seashells and snails used to produce the purple dye favored by ancient Qatari kings. Unfortunately we never found it. The three of us travel well together. We do not navigate well. Leah drove, Will sat in the back and tried not to tell Leah how to drive and I sat in the front reading directions written by a random blogger in 2009. This risky arrangement led us all the way to the tip of Qatar, then back within the general vicinity of Purple Island, and eventually onto a jetty to nowhere. We discovered later that we had overshot it by a couple of miles. Even armed with that knowledge I guarantee we still wouldn’t have found it. Purple Island was not to be, but it was an enjoyable day. We got to see what lies beyond (or does not lie beyond) Doha, we put our feet in the Persian Gulf and we had an excellent lunch at a Filipino restaurant that for some reason chose the name Pearl of Beirut. 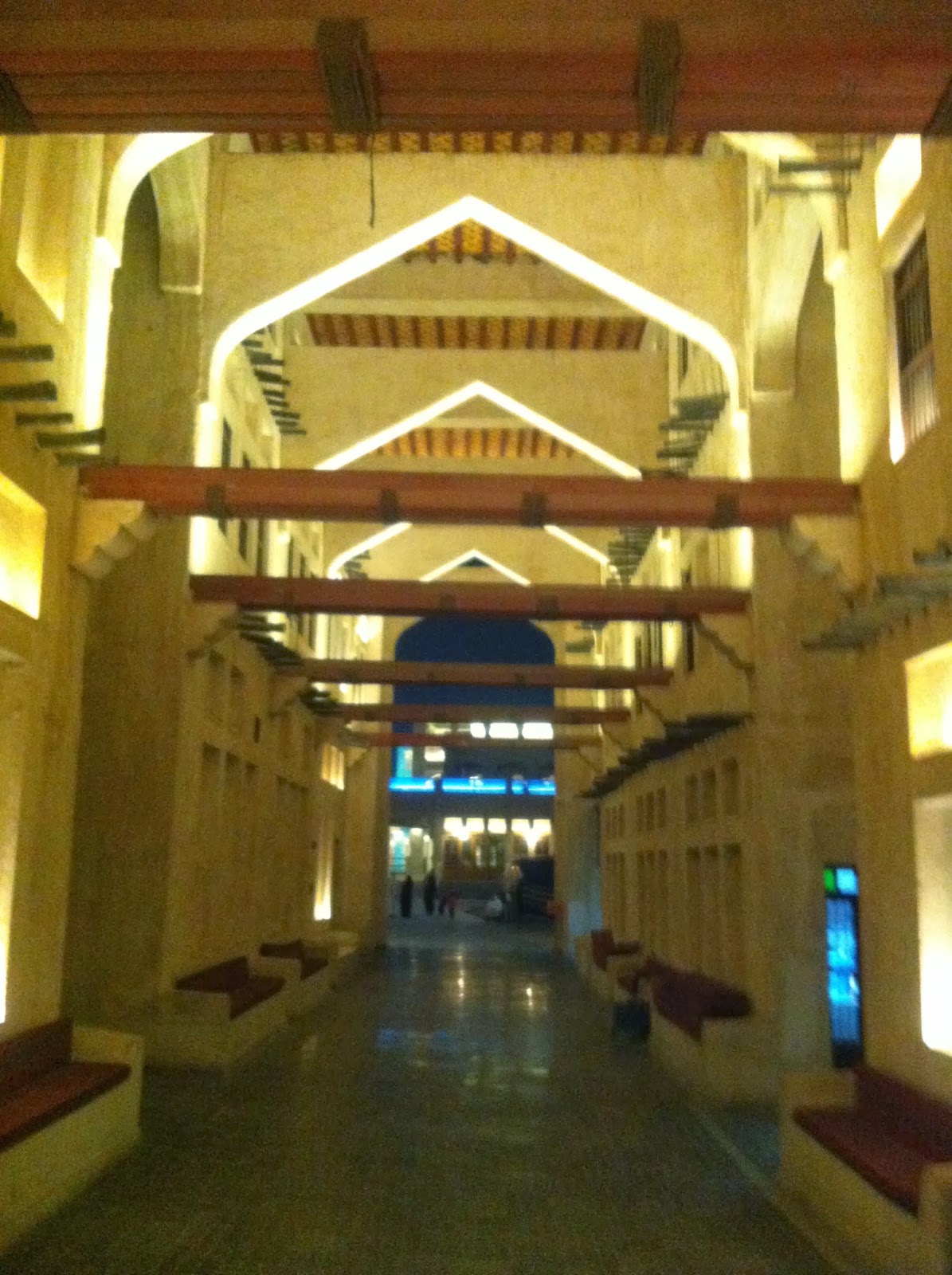 That night we visited Souq Waqif, Doha’s central market. Doha is not one of Arabia’s ancient cities. Until the natural gas money started flowing in, it was little more than an outpost on the peninsula. To accommodate tourists they tore down the small existing souq and built a Disneyfied extravaganza in its place. It’s fake; first world comforts tucked away in new buildings designed to look old. It’s also a great place to spend an evening. You can go shopping for swords or old Iraqi cash with Saddam Hussein’s face on it. You can pick up Darth Vader salt 'n pepper shakers only to realize they are actually ceramic women in Abayas. You can eat stellar food for $10 per person. You can see horses and camels and as Will boldly proclaimed, “Get some sick Falcon action!” You can smoke shisha and watch the people pass. Though, I advise you not to smoke as much shisha than I did.

It's Friday, our last day in Doha. I am at a café listening to Arabic tunes and writing the words you’re reading. I’ve been here all day; drinking Egyptian coffee, people watching and writing. It’s not adventurous but it is one of my favorite ways to spend a travel day.

My next trip is booked. Two weeks from now I’ll be in…


Well, let’s just keep that a secret for now. 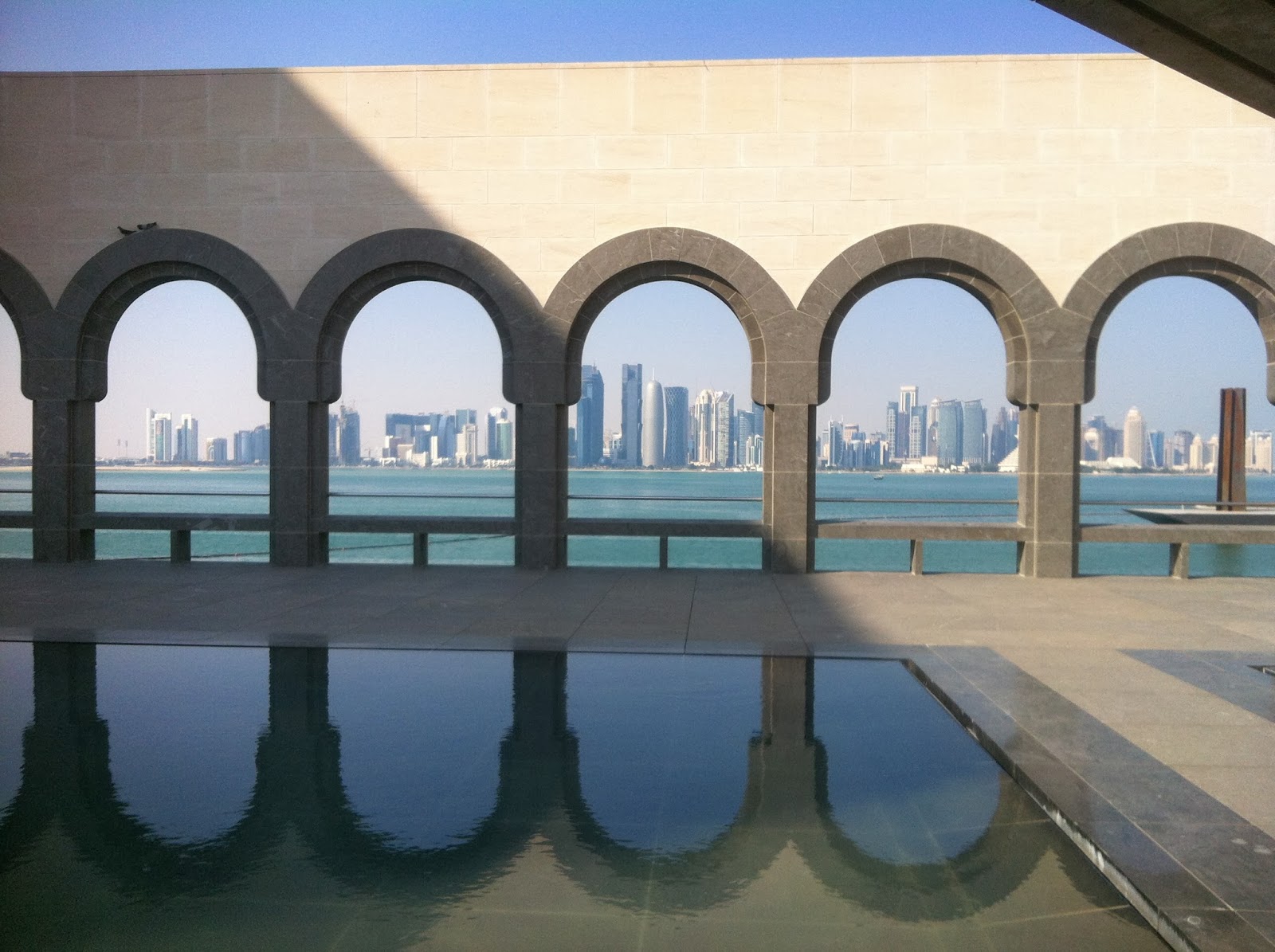 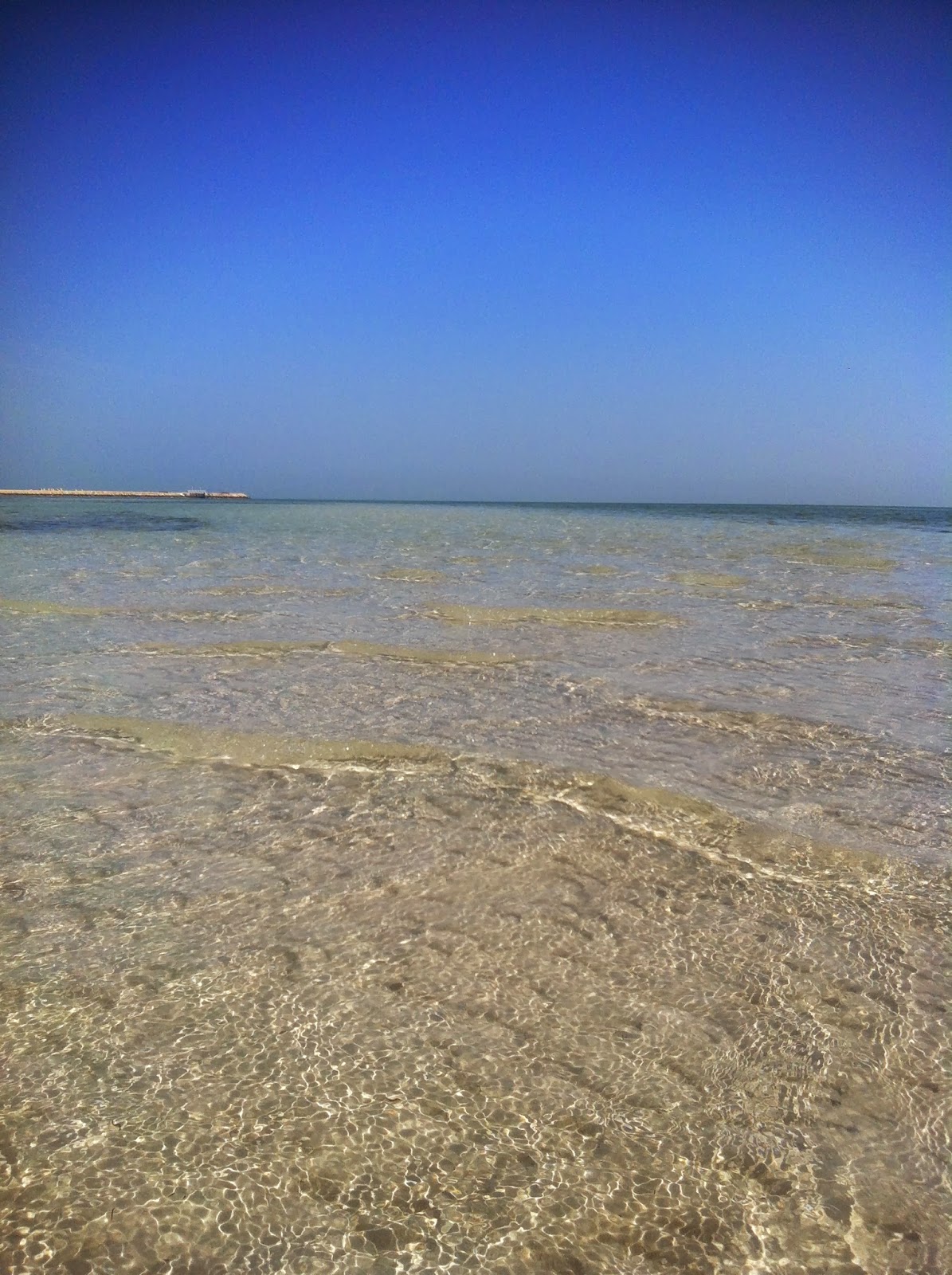 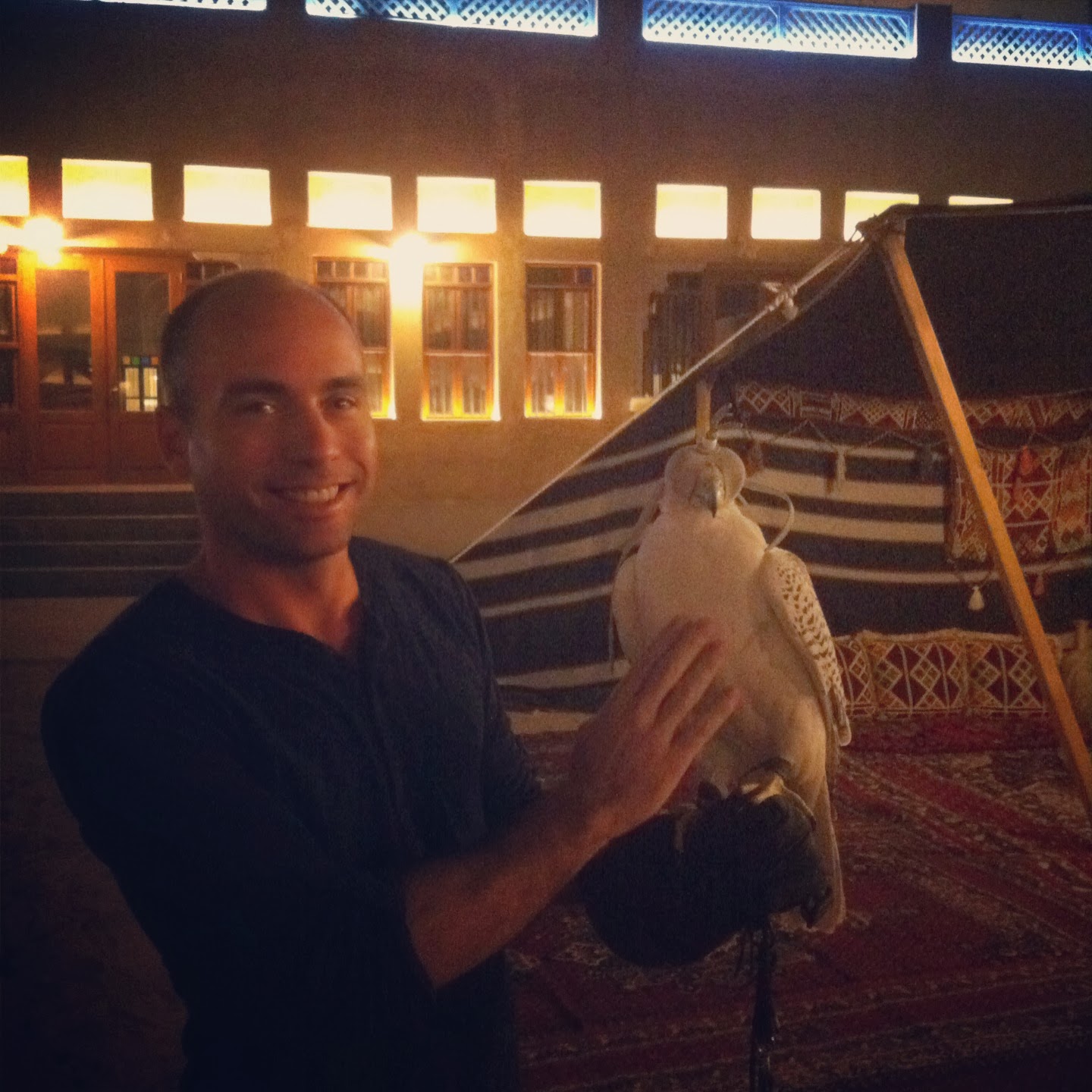