Hi. My name is Michael and I am an unreliable narrator.

Here is my philosophy on life written as an equation:
freedom of time + travel + creative routine = perfect

That sounds simple; work less, see stuff, write stuff. It's not. It is a combustible combination that falls apart when the balance isn't right.

I am leaving Prague. The balance isn't right.

Prague has been wonderful and it has been frustrating too. There are times when Praha is my favorite place in the world. Take last weekend for instance. The sun was finally shining so I went to a beautiful neighborhood park with my flatmate and his Spanish friends (about half the population of Andalusia). We sat on the grass overlooking a sea of red roofed structures punctured by towers that were built before America was a colony, let alone a country. They spoke English so that I would feel included. I said a few words in Spanglish to make them laugh. We shared food and drink the joys of a lazy Saturday in Europe. 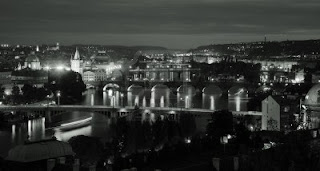 Later in the week I met up with a different group of friends (English and American mostly). We went to Letna park and walked between trees on a slack line. I mostly wobbled and fell. When the sun went down we settled in the beer garden. It was a warm breezy night and the place was packed. We sat on a bench beneath a canopy of leafless trees. The Vltava River wrapped around the city below. The national theatre, Prague Castle and the tower on Petrin Hill shone large and luminous, beacons on the ancient skyline. We sipped our beers and played songs on a Ukulele and chatted with the tourists and locals around us. European living is...

See, there I go again, doing the narrator thing. I told you I can't be trusted.

Freedom of Time:
I only teach 25 hours a week, but when you add in the time I spend lesson planning, commuting around the city and writing freelance SEO blogs, I work well over 40 hours a week. My schedule is very erratic; two classes one day, six the next, different from week to week. I don't have enough free time and the free time that I do have is sandwiched between responsibilities. Verdict: off balance.

Travel:
I can't afford it. Despite my full schedule I barely make enough to get by. Europe is small and the wonders of the continent are close but I can't afford the bus fare and that is frustrating. Verdict: off balance.

Creative Routine:
I don't have one. It has been something of a lost year for me creatively speaking. I try my best to write on the weekends. And I thought I would be able to write during the gaps in my teaching schedule, but I can't. I can't think creatively when I know I have to get on the metro in an hour. Verdict: off balance.

I have friends for whom Prague is perfect. They have the same money and time limitations that I do, but their enthusiasm for the city never wanes, it is a pilot light, always burning, always a flick away from roaring. I am not that way. I love Prague. But, for me that is not enough, the equation is incomplete. And no amount of tinkering will change that. If I want to find balance I have to leave.

I am going to Saudi Arabia. 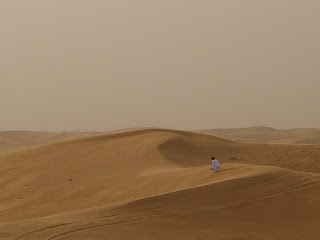 I accepted a job teaching at a school in Al-Ahsa, near the eastern border of the Kingdom. That may give you pause. It does not give me pause. I am really excited about it. It is a nine month contract, September - June. The money is great and the region full of fascinating travel destinations, Egypt, Petra, and Jerusalem just to name a few.

Most importantly it will give me balance. I will have a set schedule and ample time to travel. Falling into a creative routine will not only be possible, it will be necessary. Saudi Arabia is a very strict country. Alcohol is forbidden. Cinemas, and all the various performing arts are forbidden. Cafes and restaurants close often for daily prayer services. In other words, there ain't shit to do. But boredom will not overcome me. This is a golden opportunity to focus creatively without any distractions. I have high hopes about the creative possibilities out there in the desert. And nine months is not a long time. If I like it I can stay. If I hate it, I will finish out my contract and spend the summer traveling.

Spend the summer traveling. God, I miss that. Empty months and the open road. No agenda but a continent. Teaching in Saudi Arabia will allow me to return to that kind of travel. Spin the globe. Spin the globe. Put your finger down.

The next stop on the globe for me is California. I arrive on June 13th. Because of the visa requirements for my new job I have to return to the states for medical tests. At first I was not happy about this, primarily for financial reasons. But then I realized that I was looking at it the wrong way. I am not going home for the summer, I am traveling. California is just the destination. I am traveling to South Lake Tahoe for a friend's wedding. I am traveling to San Francisco and Santa Barbara. I am traveling to Hermosa Beach to stick my feet in familiar sand and to celebrate 4th of July the way it was meant to be celebrated. And I am traveling to my parents pool where I plan to spend a great deal of time.

When my Golden State travels are over I will venture into the Arabian sands. I will find balance. I will emerge ready to spin the globe again. 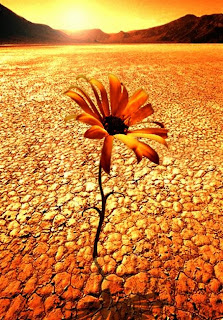 Posted by MBabroad at 8:31 PM No comments: