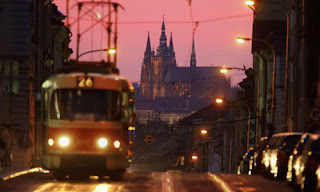 I hold onto the gray rubber strap knowing it is useless. As soon as the tram stops the strap will slide and I will stumble. Not that it matters. There are so many people on the tram I won’t be able to fall far; an inch this way or an inch that way. I will mumble, “Sorry,” even though it is not my fault. Perfunctory apologies are big in English. You learn these quirks when you teach the language.

The man in the seat beside me stinks. He is strumming on a guitar and growling out Czech lyrics in a Tom Waits voice. He seems to be the front man for a homeless jam band. They aren’t asking for money. They are content to sing and stomp and take swigs of Bohemian moonshine from 1.5 liter Coca-Cola bottles. They all stink. I try breathing through my mouth but the thought of eating their stink disgusts me more. I settle on breathing only when I have too.

The tram stops at Hlvani Nadrazi. The main train station is 300 meters away through a pretty tree lined park. The park is a haven for hoodlums and homeless. The locals called it Sherwood Forest. If it were summer the band would depart to entertain the bandits. It is winter. The doors fold open and air rushes in bitter cold. The band plays on. They have seats. They have warmth. They can ride until the rot-gut runs dry.

The guy with the guitar has a matted beard and missing teeth. The skin on his face and neck is mottled with dirt. He seems to be molding. He has a dog. The dog is pristine. I wonder why that always seems to be the case with the homeless and their pets.

The band has a groupie. She is sitting across the aisle a couple of rows back. She is big and drunk and she brays a lot. I don’t understand the language but I understand the word “Elvis.” The King translates. Her braying has finally caught the attention of the guy with the guitar. He stops his Czech tune mid-strum and switches to “Only Fools Rush In.” He plays the song well. He starts singing. He sings the lyrics in Czech. The braying woman is not pleased, “Ne originál. V angličtině ty idiote!” I understand. “English you idiot!” translates.

I stop at the potraviny adjacent to my flat. I buy tomatoes, chocolate and beer. I need the tomatoes. The chocolate and beer not so much, but once I get inside I don’t intend to go back out into the confounding cold of a late Prague winter. I hold the beer bottles under my arm hoping they won't fall and shatter before I can open the door.

The door swings open. Behind me the tram roars past headed in the opposite direction. I wonder how long it will take the band to make the loop, to run out of songs and booze, to seek shelter against the wind with the bandits in Sherwood Forest.
Posted by MBabroad at 2:20 AM No comments:

The Act of Throwing Someone or Something Out of a Window 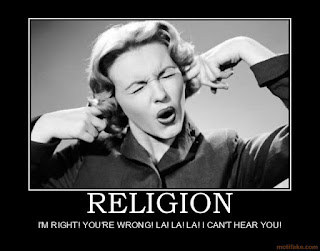 You are sitting in a cafe with a friend sipping a drink that has more flavored syrup than espresso when the conversation unexpectedly turns to religion. You both smirk as if to say, "Are we really going to go there?" At first you play verbal badminton, neither of you ruffled by the others quaint misconceptions. Then with surprising speed badminton turns into full-on trench warfare. You and your 'friend' start lobbing bombs from behind the sugar packets.

Despite your brilliantly articulated arguments your friend refuses to see how right you are. Neither of you surrender so much as run out of weapons. At the checkout counter you purposely stand farther away from the audacious dimwit than you need to. They deserve it. Part of you wants to say, "Jesus. Buddha. Whatever, right?" But, you are stubborn, so instead you plaster on a fake smile and say, "It was great seeing you! Let's do it again soon." You walk to your car with keys already in hand. When your friend is out of earshot you mumble something unpleasant. You chuckle--the evil kind, because that final jab makes you feel victorious.

Religious arguments are not what they used to be. Tell that little cafe drama to a 17th century Hussite and you would get a slap in the face or worse...

noun
The act of throwing someone or something out of a window. 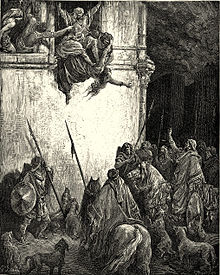 If it is possible to invent a method of assassination the people of Prague get full credit for this one. The Defenestrations of Prague were seminal events in the history of Bohemia, triggering both the Hussite Wars and The Thirty Years' War.

The year was 1419. A few years earlier, Jan Hus, a philosopher and Prague University Rector was burned at the stake for having the gall to say that Jesus not the pope was the head of the Catholic Church.

Jan's followers were a vocal group known as the Hussites. The Hussites organized themselves into several different sects; some wanted sweeping religious reformation (The Radicals) others were more focused on land rights, specifically the return of Bohemia lands confiscated by the church (The Praguers). Their separate agendas were not necessarily a sign of disharmony. You have to remember that this is 100 years before Martin Luther and 300 years before the Age of Enlightenment. The Catholic Church was everywhere; art, music, politics, real estate, law--everywhere. With so many fronts to fight separate departments with separate department heads was just good business.

It is said that King Wenceslaus IV was so disturbed by the events he died shortly after due to shock.

The year was 1618. Europe was in religious upheaval. Northern Europe was primarily Protestant. Southern Europe was primarily Catholic. Bohemia was right in the center and every bit as confused as you would imagine. The ruling family was Catholic and the vast majority of its people were Protestant. In 1609 then Holy Roman Emperor and King of Bohemia, Rudolf II issued a Letter of Majesty granting religious freedom. This led to a relative truce. However, things started heating up again in 1617 when Ferdinand of Styria, a staunch Catholic supporter ascended to the thrown.

Ferdinand ordered the cessation of construction of Protestant Chapels on royal land. Naturally everyone wanted to have a meeting about it (some things never change). May 23, 1618. The meeting did not go well. The details are long and boring but basically it went something like this. The Catholic Regents were like, "We hear what you're saying, but we have to run this one up the ladder. How does next Friday sound?" And the Protestants were like, "Nope. We are deciding this one in the room." Everyone started talking over each other. Grandiose statements about religious freedom and persecution were bandied about and then both Catholic Regents and their scribe, a dude named Philipus Fabricius were chucked out of a window. They were in the castle. It was a long way down.

Philipus and the Regents landed in a giant pile of horse manure. A seventy-foot plummet, frantic final prayers and they went squish instead of splat. They slid down the mountain of excrement and ran down a ravine where they made their escape.

The Catholics claimed that the men were saved by angels who swooped in and caught them. To which the Protestants predictably replied, "HORSE SHIT!!"

So, next time you get mad at your friend for not realizing how spiritually wise you are remember the Hussites  and Baron Von Hohenfall and put down the sugar packet before you get yourself into deep...

Posted by MBabroad at 2:17 AM No comments: