Travel is more than a destination, it's stepping outside of routine to discover the world around you. And you don't have to go far to find your next adventure. Sometimes a day of travel is all you need.

Here are a few photos from my day-trip to Hrensko, Czech Republic: 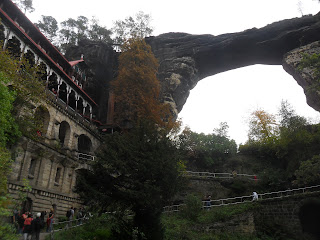 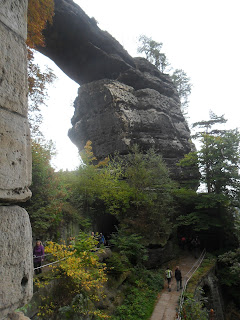 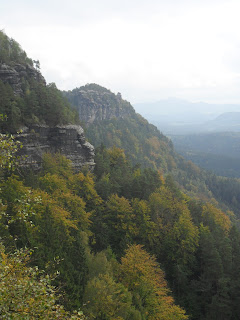 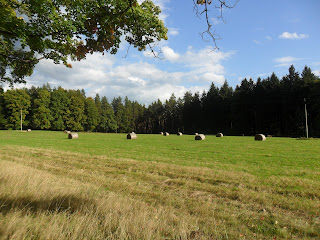 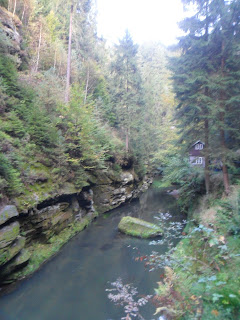 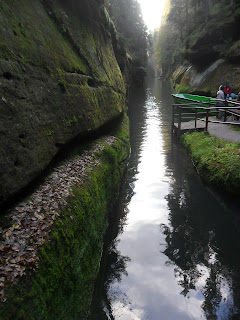 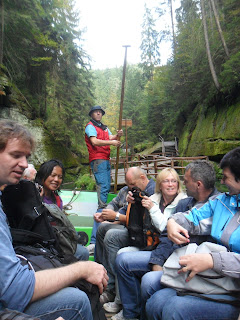 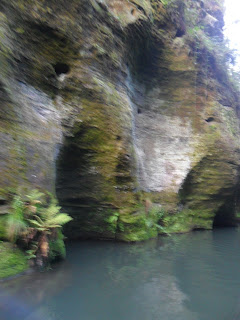 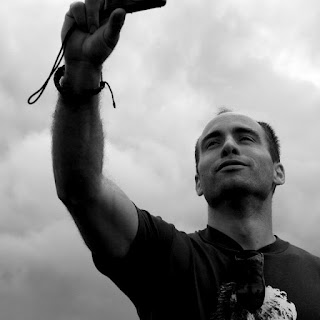 Posted by MBabroad at 2:06 PM No comments: 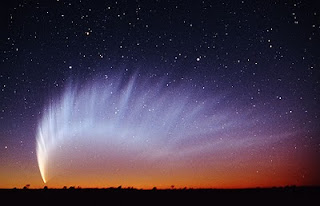 The world stretches away. Chase it! Run it down! Cross the horizon into places unseen. Let far-flung wonders stick like a fine layer of dust and when the horizon shimmers at the edge of your vision chase it yet again. Go! Specks of what you’ve seen and what you’ve learned will blaze behind you. People will marvel at your bright burning traveler's dust.

But, beware! You will grow weary. You will slow down. And when you do a single speck of dust will come crashing forward. It will tumble through you unnameable and unreachable. And when it's ready it will reveal itself in the strangest of ways. You will be on a subway train whirring beneath castles. A phone will ring and the song on that phone will be Left my Heart in San Francisco. A woman will reach into her purse to answer and you will think, “No, Ma’am please. Just let it ring.”
Posted by MBabroad at 8:20 PM No comments:

A story I wrote called "South to Bicol" has been published by Intellectual Refuge. It is currently the featured story on the site and later it will be accessible as part of the Vol. 3 archives. Click on the link below to visit the site and read the story. As always thanks for your support.

Posted by MBabroad at 8:46 PM No comments:

I have been in Prague for two-months. I was pragmatic in the beginning. I wanted to build a foundation for my life here; job, apartment, basic knowledge of public transportation and where to find food and supplies. I did all of that. I handled business.

So, now what? I'm single and living in the heart of Europe. What shall I do? 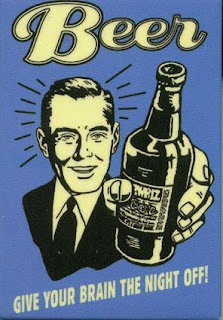 A couple of blog entries ago I was wandering through Prague alone waiting for the world to Flash and Burn. Since then my friend count has gone from zero to fifty. This has nothing to do with my winning personality. When you teach English abroad new friends are part of the package. The school I work for employs over a hundred teachers. I would have to be some kind of dick to not make friends.

Friday evening I went across the street to Yes Burger for a Mexican burger and dollar beers. My roommates Chris and Sara joined me. They are still getting to know me so they didn't realize that when I said, "I'm only having a couple" it was the same as a slut saying, "I'm not that kind of girl."

A few beers into our burger session I got a call from our landlord saying that our new (and final) roommate would be arriving shortly from France. His PARENTS were dropping him off. Parents we all said aloud. How old is this Kevin person?

After dinner we put on our best sober faces and made a pit stop at the apartment. Kevin's mom was cooking  dinner in the kitchen. Kevin's dad was helping him set up his room. Kevin himself was a kind young man finishing his University degree abroad in Prague. It was a lovely family setting. We said hello in awful bumbling French and got the hell out of there before we made it weird.

We went into the city center and bar hopped around. We found a couple of places we liked and a couple we didn't. I'm not sure which was responsible because they came in close succession, but either a shot of Tequila or a beer called Demon put me over the edge.

How far over the edge? Chris and Sarah wanted to end the night at a strip club. I couldn't possibly say no to such inspired thinking so we found one off of Wenceslas Square where there are many. Once inside I couldn't keep my eyes open. I was surrounded by lace and frills and flesh and yet a fried cheese sandwich and sleep sounded a lot more appealing than glorious Czech boobies. That far over the edge. 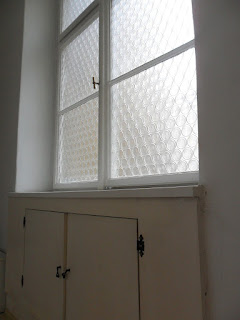 I got home around 4:30 in morning. An hour or so later I stumbled out of my room wearing only my boxers. I needed to pee. In the hallway I found a woman sitting in the window box. She had one leg on the ledge and one on the floor. She was holding a cigarette the way women hold cigarettes in magazine ads. She took a drag, tilted her head back and exhaled through the open window. "Bonjour," she said nervously. I blinked in surprise. The words "Kevin's mom" banged their way into my thick head. I didn't respond to her greeting or apologize for my near nudeness. I spun around and went back into my room. I hastily put on jeans and a t-shirt. I reemerged and mumbled, "Bonjour." I slinked by, went to the bathroom and went back to sleep. IDIOT.

I've been in Prague for two months but the city is still new to me. It's a big playground. Like a child I charge when I see a playground. I swing and I slide. I hide and I seek. Unlike a child I understand that the playground isn't going anywhere. The last couple weeks (my first post responsibility weeks) have been great. I've stayed out late and slept-in later. I have new friends and great roommates. Socially speaking I'm poised for a helluva run here in the city of a hundred spires.

But, it's time to find balance. I have leaned toward responsibility and I have leaned toward gluttony. The way to the sweet spot is simple: I have to refocus on writing. I have written, but not written enough. I need to make writing a daily or near daily routine. Because, regardless of whether it bares fruit or not writing is the thing keeping me centered as I swing and slide around the world. I want to write another novel. I have barely begun to promote Neverland, and part of me feels like I should devote time to that so that it doesn't become forgotten. But, I can't look at it that way. Writing is an art. Promoting and selling are business. I need to find time for both, but art has to take precedence because art is the balance point.

So anyway, I got up on Saturday morning and Kevin was eating a bowl of cereal in the kitchen. I was dressed this time. "Good morning," I said. "I think I scared your mom."