A Walk in Intramuros

I have been living well and living easy here in Manila. Paolo’s family has opened their home to me and treated me with incredible kindness. The meals we share at their kitchen table with the Lazy Susan in the center are wonderful—a perfect mix of food and family. Being here has erased some of my homesickness because I have been made to feel so very much at home. 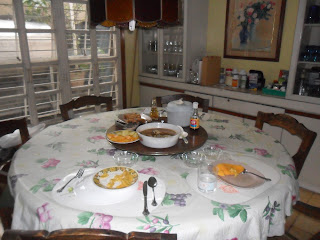 I have not been a traveler here. I have been a guest. I have been doted on and protected. What I’ve seen of Manila I’ve seen from the passenger seat of a car.  Today I chose not to join Paolo on his pre-wedding errands. I wanted to see the city the travelers way—adventurous and unfamiliar.

The parts of Manila I’ve seen are brand new; beautiful high rise condominiums, a bustling financial district, malls filled with American brands. The newness and Western association of Manila is not a bad thing. This is a proud nation that wants its capital city to rival if not surpass, Bangkok, Kuala Lumpur, Ho Chi Minh—the mega cities of South East Asia.

Nestled in the center of all this newness is Manila’s colonial past, a walled in historical district called, Intramuros. That is what I wanted to see.

Rain had been steadily falling for two straight days. In the early afternoon it finally decided to take a break. I dropped a handful of Pesos into my back pocket and walked to the train station carrying only my camera and a black umbrella with a samurai sword handle incase the grey moody skies decided to open up again. 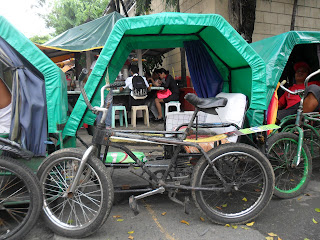 I stepped off the train and walked down the platform unsure of where Intramuros was, but sure that I could figure it out. At the bottom of the steps I was met by a dozen or more Pedi Cab drivers. A Pedi Cab here is a BMX bike with a sidecar attached. Seeing my pasty skin and vaguely lost look they all started shouting, “Sir! Sir! Immigration. Immigration.” while pointing to their cabs. I waved them off and walked across a park to the mossy crumbling walls surrounding Intramuros.

I stepped through without a map or a plan.


My travels in Asia have desensitized me to the exotic. I no longer get that “I must be dreaming” feeling. But, the loss of awe has been tempered by an increase in calm. I don’t need a map. I don’t need a plan. I have the comfort and experience to get lost in a place. 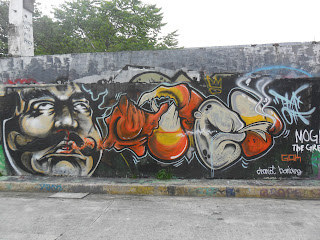 There are several Universities in Intramuros and the streets are young and alive. Street food vendors line most of the alleyways. Foot traffic dominates the streets. There are a few small signs of modern life; graffiti art, basketball hoops, 7-11, but for the most part Intramuros is a window into Manila’s, Spanish colonial past.

The Manila region was declared the capital of the Spanish Colony in 1571 and the city walls were built soon after. Architectural highlights of Intramuros include St. Augustine church completed in 1607, the Arch Bishop’s palace and Audiencia the ruins of the former Supreme Court building. 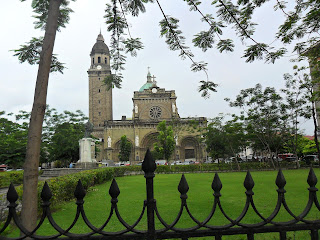 The Philippines broke free of Spanish oppression in 1898 and entered an era of American stewardship. In 1955 they gained full independence. The Spanish influence can still be seen in the faces of the Filipino people, in their food and in their language (Tagalog; a patois of indigenous, Spanish and English words). Beyond these intangibles it is a fading history hidden behind crumbling walls.

I walked around Intramuros for hours. I walked along and on top of the wall. I walked down narrow alleys and through traffic. I walked beneath clouds, sun and rain. I didn’t make friends or stop for lunch. I got lost on purpose and found more than I ever would have with a map and a route. 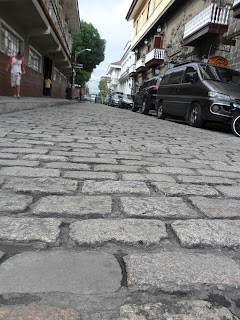 Being a guest in Paolo’s home has been relaxing and rejuvenating. In this transition between Asia and Europe I needed a bit of home to ground me. But, the Philippines is still a new adventure abroad. I needed to see Intramuros to get a true sense of the place; a sense of the Philippines past present and future. As far as I can see, colonialism is in the past, the American era is lingering in the present and the future is in the hands of the Filipino people. This is their country and the decades to come will be theirs to shape. 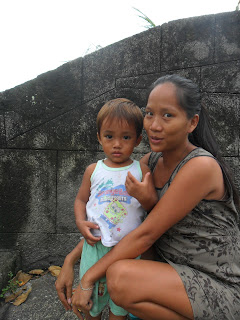 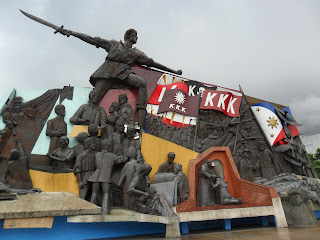 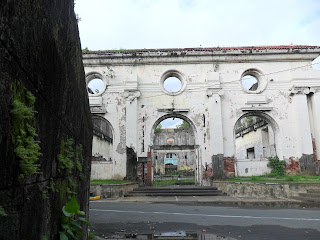 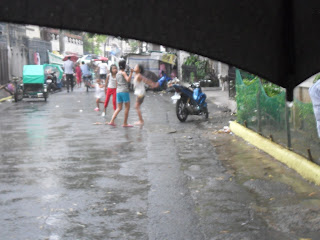