Short Story: Burn this one, Daddy!

My short story "Burn this one, Daddy!" was published by Praxis Magazine!

It starts like this.  Go to Praxis if you want to see how it ends.

My Dad didn’t grow up a redneck.  He isn’t a redneck now.  But, for the eight years we lived in rural Washington State, he was a redneck.  It wasn’t a gradual progression.  He didn’t start with flannel and slide into gun racks.  He took a running start from the San Francisco Bay Area and barreled straight down redneck slope until he skidded to a stop in a town called Yacolt.

The man I called Daddy was a 23 year-old boy with two kids and another soon to follow.  My parents packed up their new family and left sunny California for drizzly Washington because…well that is something of a family mystery.  The closest I’ve ever gotten to an answer from my Dad was, “Wasn’t healthy.”

Before the move, my Dad was a strapping 6’1 stud with helmet hair and an unkempt drummer beard. He was the finest his era churned out; bell bottoms, biceps, a collection of vinyl that would make retro nerds weep, a freaking gold Corvette Stingray. Gold. The man was cool as cool.

After the move my Dad was a pudgy 6’1 red neck with helmet hair and a soup strainer moustache.  He wore flannel shirts, he drove a pick-up truck with a gun rack, he mounted Elk antlers above our garage (he would have mounted the whole head but dogs ate the Elk’s tongue before he could get it mounted).  He even let Kenny Rodgers and Alabama infest his beloved rock collection.  From hippie stud to Jeff Foxworthy cover art, what a difference 696 miles makes.

His transformation was not about adapting to new surroundings.  He reveled in the redneck.  If you asked him about it today he would say something like, “That’s just the way it was.”  Nonsense.  All pigs are in shit, that’s their thing.  They walk in shit, they lie in shit; pigs will be pigs.  The phrase like a pig in shit refers to the pig that loves the shit; the pig that rolls in the shit and roots through the shit, the pig that leaps from the fencepost and canon-balls into the shit.  My Dad canon-balled into his redneck phase and he loved every second of it... 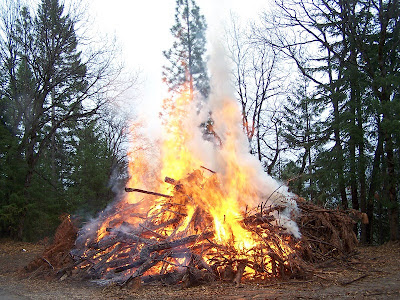