Nothing is too far-fetched or too far away

This is it.  I’m standing at the edge and there is no turning back.  If I jump on the next plane and head home, back to America, back to Southern California or San Francisco or wherever I decide to replanted roots I can restart where I left off.  I can find a job similar to the job I had.  I can sit confidently in interviews and spout off a bunch of nonsense about “Taking advantage of a down economy to see the world.”  I can make eye-contact and lean forward for impact and say, “I’m ready to rejoin the workforce and make a long term commitment to this company.”  And I can try not to puke on my shoes while I say it.

I can’t.  I just can’t.  Living abroad has changed me.  It has made normal seem anything but.  It has made the world bigger and smaller too.  My travel check-list has grown exponentially yet nothing seems too far-fetched or too far away.

And I’ll tell you a secret—it’s not a difficult lifestyle to maintain.  Most of the people I’ve met abroad took the leap with a couple of thousand dollars in the bank.  Many of these same people have left Thailand to teach in Japan, Turkey, Taiwan, Vietnam, China and Eastern Europe.  Others padded their meager savings while they were here and are currently actively traveling in South America, Central America and Scandinavia.  They aren’t worried about running out of money because they’ve learned what I’ve learned: it usually works out.

If you want a career abroad it can be difficult.  If you just want to work and see the world it’s not that difficult.  There are countless volunteer opportunities, English teaching jobs, even jobs in hotels, bars and restaurants depending where you are.  The ability to speak English fluently is a great commodity and one that you can use to skim your way across the globe.

You won’t get rich doing it.  You won't own anything that can’t be packed into a backpack.  You won't have a 401k or an investment portfolio.  You won’t have any strategy to avoid depending on the social security check you’ll probably never see.

I am going to Prague in early July to find a new teaching job.  My friend Paolo is getting married in the Philippines around the same time.  I didn’t think I was going to be able to go to his wedding.  Flying into and out of Manila was going to cost me an extra $1000.  That was a number I couldn’t swallow.  Then I got creative.  I booked a roundtrip ticket to Manila out of Kuala Lumpur, Malaysia for $120 and a one-way ticket from Kuala Lumpur to Prague for $100 less that it would have cost to fly out of Bangkok.  Thus, the cost of going to my good friend's wedding dropped from $1000 to $20, my only inconvenience being a 10-hour bus ride to KL.

Yeah, but you can’t vagabond forever, right?  True.  At some point I will have to settle down somewhere and do something that I can do when I’m old and my feet no longer itch.  The difference is before I left home my question was, Is my future in marketing or sales?  Now my question is, Which continent is my future on?

I plan on enjoying the hell out of finding an answer to that question.

Since leaving home I have been just about everywhere in Thailand.  I’ve been to the Angkor Temples in Cambodia.  I’ve been to the urban jungle of Hong Kong.  I’ve sunk my toes into white sand beaches in the Philippines.  I’ve ridden a broken down Russian motorcycle half the length of Vietnam.  I’ve floated the Mekong River in Laos.  I’ve been up, down and around South East Asia.  I’ve gathered a lifetime worth of stories in fifteen months and all I’ve seen is the smallest most compact part of Asia.

In April I’m going to Nepal to hike to the Mt. Everest base camp.

In July I am going to a wedding in the Philippines.

A week later I am moving to Prague without a job, or the prospect of a job and I’m not the least bit worried about it because it usually works out.

This latest adventure abroad could crash and burn.  I could run out of money and go back to America with my tail between my legs.  I don’t think that will happen.  But, it is certainly possible.  It doesn’t matter.  I have to try, because crazy, exotic, land-of-smiles Thailand is starting to feel like a new normal and I can’t have that.  I need to chase the high of new places and new adventures--Everest, Manila and Europe it is. 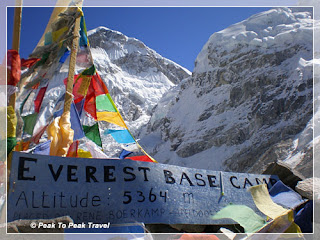 I am not leaving Surat until late June.  I’ve got plenty of time to soak up the last bits left to soak.  But, as excited as I am to leave I will be sad to leave it behind.  Surat Thani and Thailand will always be my first adventure abroad.  I learned how to travel here.  I wrote a book and published a short stories here.  I made countless friends that I will continue to skip across the globe with, because like me they are hopelessly addicted to life abroad.

For now normal is about the only thing in this world I don't want to see.

Where is the video camera when you need it:

The other day I was running at a park behind my house.  Six or seven Thai kids (7-8 years old) tried to run with me but couldn’t keep up.  Seeing that the big white dude was too fast they decided to cut across the park to head me off.  When I got to the other side they surrounded me, laughing and trying to get me to flex for them.  I slowed my pace and started shadow boxing while singing the Rocky theme music, “Dunna na dunna na.”  They followed for a good 100 yards shadow boxing with me and trying to sing the song.