Why do I always forget my camera?  I've been meaning to do a blog about food forever.  Every time I dig into a delicious plate of Yam Pla Duk Foo (catfish salad) or Gaeng Kiew Wan Gai (spicy green curry with chicken) I think, damn forgot the camera again! 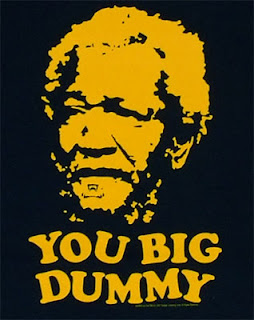 The camera would have been nice today at English Camp when I was surrounded by 350 super cute, very excited Thai third graders.

I could have taken a picture of the Yellow Submarine poster I made.  I have the painting skills of bored monkey you would have loved it.

I was sick last week.  One of my students jabbered something at me in Thai that I didn't understand.  His little buddy held up his hand like, "yo I got this" and says to me, "Teacher.  You have hot nose?"  Do I have a hot nose?  It took me a second, but I realized he was trying to ask me if I had a cold.

I have one hoodlums class.  They suck.  Even their Thai teachers who are allowed/encouraged to smack them with rulers have trouble keeping them in line.  They were so bad last week their first assignment on Monday is to write me an apology letter.

I should take a picture of one of the letters.  Ehhh, I'll probably forget.

Luckily the rest of my classes are great.  I was doing a speaking test with my favorite class last week. I call them up by student ID numbers.  Just to mess with them I shouted out a couple student ID numbers in Thai.  They gave me a standing ovation complete with whistles and a chorus of "Very good Teacher!"  I burst out laughing I couldn't help it.

I have a kid named Ice in my hoodlums class that looks like a future middle linebacker.  He isn't.  He is a future ladyboy.  How do I know?  The other day he brought a full-on tea set to class.  I told him he couldn't keep it on his desk.  But, halfway through class I caught him having a one-man tea party.  The week prior I caught him holding a doily from a table top around his waist like a skirt and twirling, checking himself out.

I have a super fat kid in my favorite class.  He is a big teddy bear.  Mostly he just blinks at me and smiles but his English is improving.  I had the students tell me what their future job will be.  "I will be a designer because I like clothes" sort of thing.  I asked the big fella to stand up and tell the class his answer.  He said, "I will be a cook because I like to eat."  Boom, keeping it simple.

Dear Earth Zone....please stop sending the one waitress who doesn't speak a lick of English to my table.  Also, get her hearing checked.  Every time I give my order in Thai (things I know I can say well) she looks at me like I farted out of my mouth.

I am restless.  I tweaked my foot a few weeks ago.  No big deal, I'm fine.  But, I haven't been able to exercise.  Sweet right?  Not sweet.  Restless = grumpy.

This is ridiculous I know, but I need a vacation.  The semester ends on September 27th and I am RE-E-EADY to get away and enjoy THE WHOLE MONTH OF OCTOBER OFF!!!

Speaking of time off I just found out that I have the week between Christmas and New Years off.

Shoutout to my homies.  If you are wondering when would be a good time to come visit please re-read the line above.

Two of my roommates are moving out at the end of the month.  Booo!!  They will be missed.  Hopefully their replacements are cool.  They had better be.

My roommate Ryan got asked to pose for Thai fashion magazine.  He is one of the cover models.  Im not sure if his now swollen head will fit in the available space, but if it does it should be hilarious.  He and another white guy will be dressed as Vampires biting into the necks of two helpless oh so pretty Thai models.

I should take a picture of the magazine when it comes out.  Ehhhh, I'll probably forget.

This year is flying by.  I am done teaching regular classes at the end of February.  And my contract is up at the end of March.  It's time to start making next-step decisions.

Do I stay in Thailand?

Do I move to South America?

Do I move to Turkey?

Do I move to Prague?

I have thought about all of the above and if forced to make a decision today I would pick Prague.  So, lets assume that happens.  A whole new set of questions arises.

Do I go straight there or pay America a visit first?

Can I afford to go to America first?

Can I stay in America for a couple of months and work?

Can I line-up a job in Eastern Europe before I leave?

Do I want to line-up a job first or is it better to wing it?

Probably best to wing it.  It's the Abroad way. 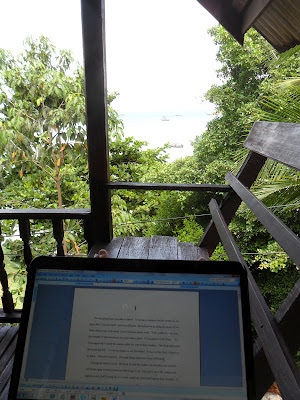 Posted by MBabroad at 9:49 PM No comments: