The story was published in the September 2011 issue of Writers Digest.

A story I wrote is a finalist to be published in Writers Digest magazine. Every month they hold a competition called Your Story. They provide the first sentence and you write a 750 word or less short story using that as a prompt.

There are five finalists. The story with the most online votes will get published in the magazine.

The Your Story 32 prompt was:
"It was on a bright, starry night that the traveling circus rolled into town."

My story is called Larry on the Lam. Here are the first few lines. Read the rest on the Writers Digest Forums. You will have to register to vote, don't worry you won't get a bunch of emails, they just want to make sure I dont vote for myself Elevendybillion times.

Writers Digest Forums
Register (You can't vote if you don't)

Larry on the Lam

It was on a bright, starry night that the traveling circus rolled into town. Larry peered over the backyard fence watching the menagerie pass in a blur of white light and dust. Something about the procession pulled deep. Not Africa deep…but deep. As the last truck blinked from sight Larry made up his mind. He was going to run away and join the circus. A suburban backyard was no place for a Giraffe.

Larry was dropped on his head at birth. It’s a Giraffe thing. A head-first plummet from Mom that says, “Welcome to the world Long Neck, now stand-up: the hyenas are watching... 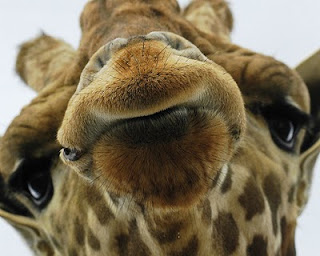