Mr. Hong gingerly flexes his arthritic fingers.  He has his mother’s fingers.  His mother was Cambodian his father Chinese.  His father used to make his mother tea from roots and herbs and the ancient magic of Chinese medicine.  But, his mother always refused to drink.  She said she had field fingers.  She said her hands were bent from a lifetime of bending and no foul tasting tea was going to cure that.  Mr. Hong does not have his mother’s stubbornness.  His fingers are his livelihood.  He takes Western pills and drinks Eastern teas and hopes that one will untangle his betraying hands.

Mr. Hong fixes things.  When he was a young man it was watches and cyclos, today it is electronics that become smaller and smaller as if they are trying to disappear all together.  The smaller these machines become the hotter the flame in his bulging joints.  The burning is intolerable but without the burning he cannot afford to eat.  Phnom Penh is no longer hidden.  The world is coming.  He thought the outsiders money would ease the burden of his hands but instead the city has swallowed their money becoming fat and bloated; so bloated that old men with tangled hands can barely hang on.

Today he received a package from Sihanoukville, another small machine with instructions that read only, “Won’t turn on.”  Mr. Hong wonders why people who do not understand machines trust so blindly in the abilities of those who do.  The package was sent by the boy who used to live downstairs.  The Boy is a man now and sells machines to sea side tourists with too much money.  When he was young The Boy would sit in Mr. Hong’s shop and watch the fixing.  He asked many questions and wanted to become a fixer himself, but he did not have the gift.  Mr. Hong appreciates the business The Boy sends him.  He knows that he should tell him about the burning, but he cannot bear it.  The Boy still believes that he is capable of near illusion.  He still believes that his fast and nimble fingers can breathe life into copper and spark.

Mr. Hong remembers the day they were allowed to return to Phnom Penh.  The soldiers from Vietnam lined the streets.  He was happy for the fall, but he did not trust their smiling foreign faces.  Before he had reached the old apartment The Boy’s mother came running towards him with tears streaming down her narrow weathered face.  “My boy.  My boy.  He is gone!” she screamed.  He suspected the Vietnamese, he wondered if her mind had been damaged by the camps, but no.  He shook her shoulders and slapped her face sharply to break the hysteria.  “I know where the boy is," he told her.  Mr. Hong led the gasping woman up the steps to his old shop, steps he had not climbed in more than five years.  Inside the dusty, bullet ridden room they found The Boy sitting in the chair he often occupied before the Angkar.  The Boy was older now and he looked unwell, but as he twisted together copper, bridging energy, Mr. Hong could still see the wonder in the eyes of the boy grown into a man.

Mr. Hong looks at the job The Boy has sent him.  It is a small digital camera, a picture machine.  Mr. Hong prefers film.  He likes that there is a process behind bringing images to life.  He thinks that these new machines take the art out of photography.  It was good of The Boy to send him work but Mr. Hong does not know what to do with this machine that “Won’t turn on.”  He turns the machine over in his aching hands.  Its lens is out, A final picture.  The machine knew it was dying, he thinks.

In the days when The Boy sat in his shop, Mr. Hong believed that nothing was ever broken.  He believed that he could take anything apart and reassemble it with life.  The old belief tugs as he looks at this camera with its lens out, but he knows the burning will not allow for the accomplishments of the past.  He wonders how he is going to tell The Boy that this thing cannot be done.  He has lied to The Boy before.  He told him that an unfixable watch never arrived.  He threw a music machine against the wall in frustration and spent a weeks earnings to have a younger man fix it.  He is ashamed of these lies.  He hates that he has to make excuses to The Boy, but The Boy’s belief is his only connection to the man he once was.  In the safety of The Boys belief there exists a place where his hands do not ache and burn.

The Boy called.  The owner of the camera with its lens out is on his way to Phnom Penh to pick it up, an American tourist.  The Americans are always impatient.  Mr. Hong knows that someone large and loud will be knocking soon.  Mr. Hong keeps the camera with its lens out in front of him while he takes his dinner.  He drinks rice wine instead of his father’s tea.  It will dull his senses but it will dull the pain too.  Bite by bite he stares wondering if he has one last trick in his bent and twisted hands.

Mr. Hong places a small screwdriver beside the camera.  This is his scalpel.  If he can remove two hard-to-see screws he can expose the guts of the machine and if he can do that there is hope for a final fix.  Pulling in breath Mr. Hong reaches for the screwdriver.  He holds it delicately in his right hand.  He lowers it toward the first of the hard-to-see screws.  His hand shakes and burns; it seizes and the screwdriver drops to the floor.  Mr. Hong slumps in agony, his eyes drawn to a far unseen place.  Mr. Hong bends to pick up the screwdriver.  Again he holds it delicately in his right hand, but this time he steadies it with his left.  It is a struggle to get the screwdriver’s tip to join the grooves of the hard-to-see screw, but he manages to guide it into place.  Mr. Hong breathes a sigh of relief and begins to take slow searing counter-clockwise turns.

Mr. Hong works for hours trying to resurrect the camera with its lens out.  It is after 4am when he makes the final clockwise twist.  His hands burn so badly that he cannot find the strength to check his work and see if any magic remains in his betraying hands.  He pours ice and water into a bowl and submerges his hands.  He knows that the burn builds from within but the shock of outward cold is enough to pull his focus away from the fire.  Sitting on a couch with his hands in frigid ice, Mr. Hong falls asleep and dreams of doubt.

Mr. Hong wakes suddenly.  He is damp from spilled water and aching from sitting sleep.  His attention is immediately drawn to the camera.  Mr. Hong ambles over to his work bench.  He stares down at his project.  He badly wants to experience the rush of success.  He is terrified of failure.  He reaches down and presses the power button.  A green light on top of the camera blinks.  The phone rings.  Mr. Hong looks from phone to camera, tormented.  He answers the phone.  It is The Boy, “Mr. Hong I have some bad news, the American is not coming.  But, don’t worry Mr. Hong I will still pay your fee...and Mr. Hong, there will be more jobs, I promise.”


Mr. Hong hangs up the phone.  He returns to the work bench.  The camera’s display screen shines bright.  Its lens points forward.  Mr. Hong gently presses the photo button.  A flash illuminates the room.  He looks down at his broken hands.  Tears moisten his eyes. 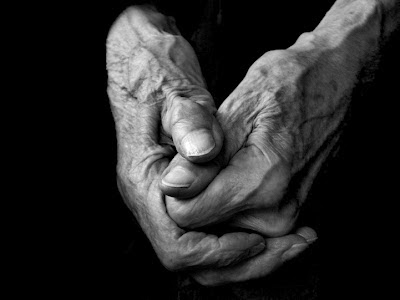